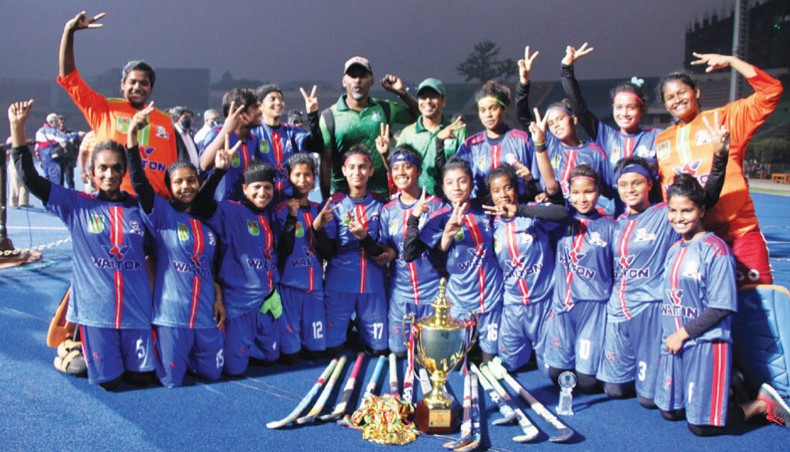 Bangladesh Krira Shikkha Protisthan clinched the Women’s Development Independence Cup Hockey Tournament title after beating Narail District team by 6-0 goals in the final at the Maulana Bhashani National Hockey Stadium on Wednesday. Player of the tournament Arpita Paul and Shantina Tudu each scored a brace while Sonia Khatun and Tarin Akter Khushi scored one goal apiece for the winners. All six goals were field goals.  Arpita opened the account in the second minute of the game before doubling the lead in the 11th minute. Sonia made it 3-0 in the next minute before Khushi added another in the 33rd minute. Shantina completed her brace by scoring in the 57th and 58th minutes.  A total of 13-team split into four groups competed in the tournament, started on March 14. The top two teams from each group qualified the semi-finals before the final.