Rabab Fatima calls for global unity for a terrorism-free world 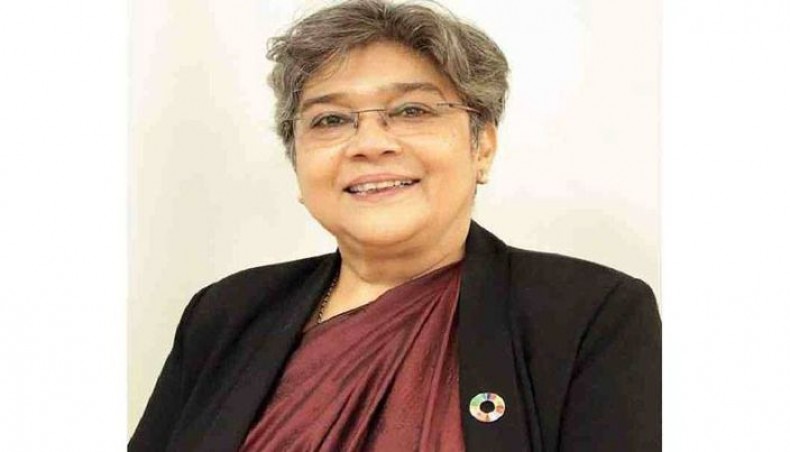 Permanent representative of Bangladesh to the United Nations Rabab Fatima.

Permanent representative of Bangladesh to the United Nations Rabab Fatima has called for greater international solidarity to realise a world free of terrorism.

Speaking at a High-level plenary meeting of the United Nations global counter terrorism Strategy at the United Nations general assembly on Friday, ambassador Fatima said: ‘Terrorism is the biggest threat to international peace and security and an obstacle to the achievement of 2030 development agenda. We need international solidarity and concerted efforts at every level, everywhere, to fight terrorism in its all forms and manifestations.’

She stated that Bangladesh has an unwavering state policy of zero tolerance towards terrorism.

Taking note of the report of the UN secretary-general on the impact of COVID-19 pandemic on the implementation of the UN global counter-terrorism strategy, she stressed on the need to pay special attention to the new forms of terrorism that evolved during the COVID-19 pandemic such as infodemic, hate speech and xenophobia.

The Bangladesh permanent representative urged for intensive international cooperation and mutual legal assistance among member states to ensure accountability for acts of terrorism.

Member states should put all efforts to prevent and suppress terrorist financing to advance the implementation of the United Nations global counter terrorism strategy, she further added.

Capacity building is critical for the implementation of the strategy.

In this context, she expressed the hope that Bangladesh and other developing countries will get capacity building and technical assistance from United Nations in their efforts to fight terrorism.

The UN global counter-terrorism strategy was adopted in 2006 by the United Nations to help the member states fight terrorism though collective effort and its 7thBiennial review is ongoing which will be completed in June 2021.