Number of the match 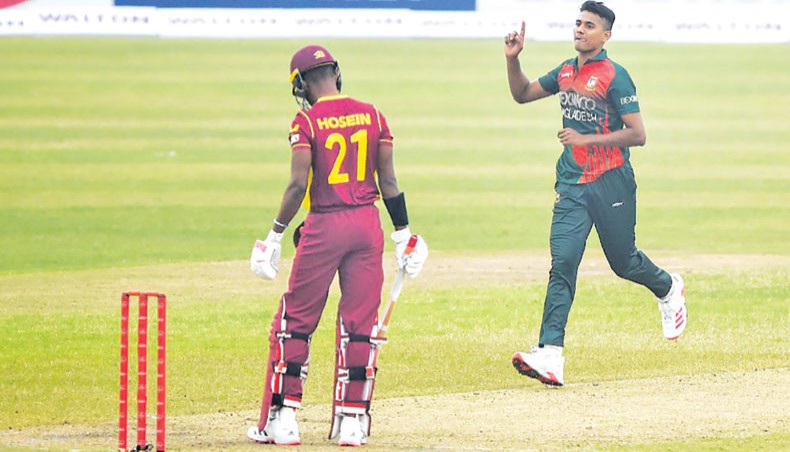 4 - Shakib Al Hasan’s four-wicket haul against West Indies in the first one-day international match at the Sher-e-Bangla National Stadium on Wednesday is the best figures by a Bangladeshi bowler in ODIs against the Caribbean side. Shakib finished with 4-8 in 7.2 overs with two maidens. He overtook pacer Tapash Baisya, who took 4-16 in Kingstown back in 2004.

8 — Shakib Al Hasan conceded only eight runs off 7.2 overs against West Indies in the first ODI at an economy rate of 1.09, the lowest for a Bangladesh bowler in a single innings of an ODI match. He edged past his own record of 1.10 which he made against Zimbabwe in 2009 at the same venue.

122 - West Indies got bundled out for 122 in the first ODI on Wednesday, which is their second lowest total in ODIs against Bangladesh. Their previous second lowest score was 132, which they made in Khulna in 2012. Their lowest total against the Tigers came in Chattogram in 2011, when they were all out for 61.

150 - Shakib Al Hasan became the first player to claim 150 wickets in one-day internationals held in Bangladesh. Shakib had 149 wickets before the match and reached the milestone in his second over by rattling the stumps of Andre McCarthy for 12.