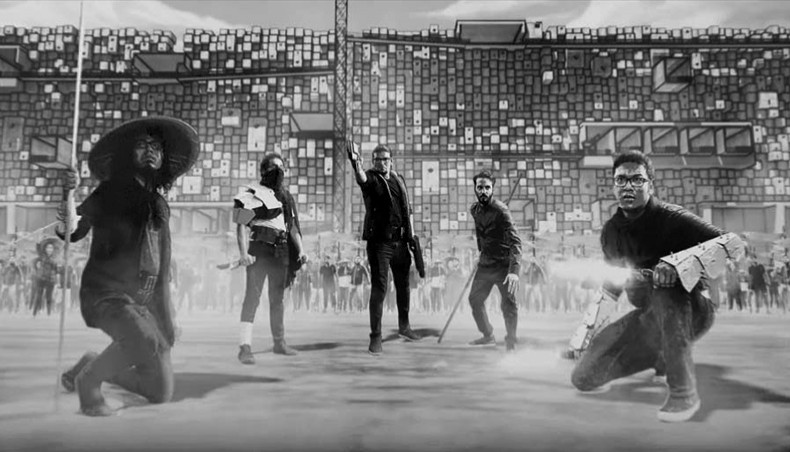 Popular rock band Nemesis has released the 3D animated music video of its song Ganajoar on its official YouTube channel on Saturday.

The black and white music video has garnered 24,521 views in the first 24 hours. It has been produced by Studio Bangi.

In this music video, the band’s members are seen fighting in a fantasy world against a giant robot.

‘Ganajoar is the title track of our third album, which was released in 2017. The song received huge response from music lovers. We hope the music lovers will enjoy the 3D video of the song. I urge all to watch it,’ manager of Nemesis band Raju Ahmed told New Age.

Earlier, the music video was screened at a programme held at Star Cineplex in Bashundhara City on December 16, 2020. The event was organised by Nemesis in partnership with Star Cineplex, Blues Communication and Honda-DHS Motors.