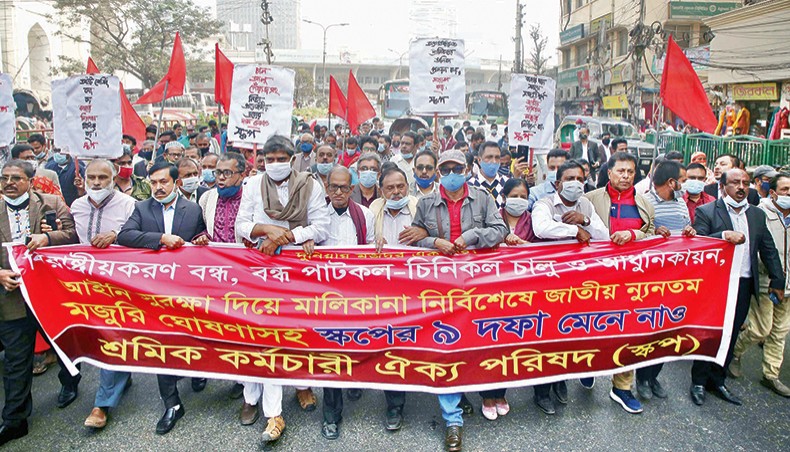 Leaders of Sramik Karmachari Oikya Parishad on Saturday called on the government to stop denationalisation of state-owned sugar mills and to reopen the jute mills closed by the government.

SKOP, a combine of 12 labour rights bodies, made the call at a protest rally, organised to press home its nine-point demand, at a protest rally near the central office of Jatiya Samajtantrik Dal, Jasad, in Dhaka.

The government has already halted productions at six sugar mills across the country, Shahidullah said.

SKOP would wage tougher movements if the government did not refrain from denationalisation of the country’s sugar mills and did not take steps to reopen the closed jute mills, Shahidullah said.