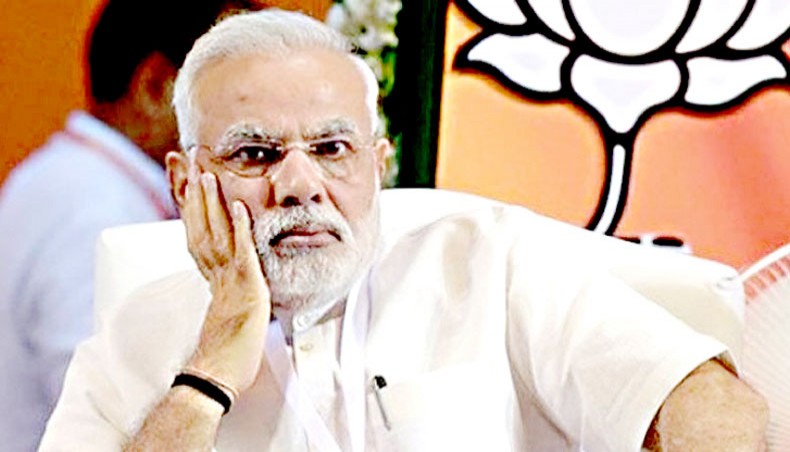 CONTRARY to the scepticism of the author a year ago, on November 15 of this year, during one of the summits based on ASEAN, the Association of South-East Asian Nations that include ten countries, the agreement on the creation of a Regional Comprehensive Economic Partnership was signed. This completes the long-term process of forming the world’s largest free-trade zone with ASEAN member countries and China, Japan, the Republic of Korea, Australia, and New Zealand.

It might seem that in the last sentence, the verb ‘completes’ should be preceded by the adverb ‘successful.’ But, despite the extreme importance of this event, the significance of which goes far beyond the ‘purely economic’ aspects of the game unfolding in the Indo-Pacific region, you should continue with this phrase in the given form.

For a good reason, since a year ago, the original RCEP lost India, one of the leading regional powers. As a result, the original formula ‘ASEAN+ 6’, which often denoted this association, now looks like ‘ASEAN+ 5’.

The motivation for withdrawing the country from the RCEP project, which was publicly voiced by the Indian leadership, was of the same ‘purely economic’ nature. In India, not without reason, it was believed that if customs barriers were lifted under the RCEP, its critical agricultural sector in terms of export would be uncompetitive. It was noted, in particular, that cheap and high-quality meat and dairy products from Australia and New Zealand are already successfully ‘conquering’ Japan within the framework of the Comprehensive and Progressive Agreement for Trans-Pacific Partnership, a regional association introduced in early 2019. It is clear what emotions this evokes in Japanese farmers.

Note that in trade with China, which today is conducted in the ‘usual’ regime with tariffs, India loses about $50 billion annually. Worse will happen, Indian experts say, if the tariffs have to be lifted.

But the ‘political’ component hardly played a lesser role in this decision as India’s problems in relations with China became evident by that time. India’s long-standing desire for involving the United States in regional affairs was more clearly manifested. Meanwhile, Washington never (under Democrats or Republicans) showed any intention of joining the RCEP.

In this regard, it should be noted that most often, one can hear speculations about ‘Washington’s plans to turn Delhi into a military-political counterbalance to Beijing.’ Such considerations are not unfounded. But the arguments in favour of the above-mentioned Indian ‘desire’ are no less well-grounded. In the author’s opinion, that played a role in India’s decision not to participate in the same association with China.

Similarly, the Indian leadership earlier rejected the invitation of Pakistan to join the project ‘China-Pakistan Economic Corridor.’ The very fact of the creation of the CPEC is considered in Delhi as a measure to consolidate the ‘occupation of (part of) Kashmir by Pakistan’. (Pakistan Occupied Kashmir is a well-established term in India).

As far as one can understand, China’s policy in the Indian direction is mainly aimed at building constructive relations with the great neighbour in the context of the presence of ‘relatively minor’ problems in them. Problems like those generated by the same Pakistani-Indian confrontation in Kashmir or already direct Sino-Indian clashes in Ladakh.

But for Delhi, these problems and incidents do not seem to be ‘secondary.’ This is one of the reasons why it is not in the RCEP. Earlier it refused to cooperate with Beijing in various branches of the comprehensive Belt and Road Initiative concept, whose elements include, for example, CPEC and infrastructure projects in Myanmar, Bangladesh, Nepal.

Again, according to the author’s view, by embarking on the path of fighting China for influence in the region, India is driving itself into a knowingly losing position. What can India, ‘acting in the East’, really offer to counter China in Southeast Asia, having a 4–5 times smaller economy and eight times less trade with ASEAN countries?

The course taken by the leadership of such a great country as India to acquire ‘autonomy’ in critical areas of the state’s life, particularly in the production of various types of weapons, looks quite natural. India is by no means an exception in this regard. It is only necessary not to bring this course to the point of absurdity, for no one in the world produces ‘everything.’ In nature, including political, there is simply no state of ‘absolute autonomy’, and attempts to achieve it are almost never worth the effort. Everyone in this world in one way or another ‘depends’ on others.

Meanwhile, attempts to copy the United States’s course (more precisely, the course of a part of the American political establishment) to ‘economic separation’ from China threaten consequences that might be just as counterproductive for it as for this course’s initiator. It shouldn’t come as a surprise then if anti-Chinese trends will lead to some unexpected and unpleasant countermeasures, as happened, for example, with Australia which all of a sudden decided to ‘stick out the tongue’ to its de facto economic benefactor. This bad habit will have to be abandoned within the framework of the RCEP, which both China and Australia are now members of.

Meanwhile, the first signs of something similar already appear in relation to India. On November 13, the Chinese customs service found signs of the coronavirus infection in a shipment of frozen seafood supplied by an Indian company. In this connection, its licence for operations in China was ‘frozen’ (for now, for a week). On the same day, the spokesperson for the ministry of foreign affairs of the People’s Republic of China explained at a regular press conference that an Indian merchant ship carrying Australian coal was due to inconsistencies in the accompanying documentation, but not to the state of Sino-Indian relations.

In connection with all of the above, it is tempting to once again complain about the destructive role of ‘politics’ (and ‘politicians’) at the current stage of the regional game. Indeed, how good it would be for everyone to unite (or at least coordinate) the efforts of China, the USA, India, and Japan on the economic development of the region, and not direct them towards countering the economic activity of the opponent.

But the seeming political irrationality that ‘hinders fruitful economic cooperation’ is based on rational factors that are not always noticeable and require some effort to be discovered. They manifest themselves in the most obvious way, first of all, in the form of direct and hidden claims to the same territories. It is observed not only in Indo-Pakistani but also in Sino-Indian as well as in Sino-Japanese relations.

The sword of Damocles in the form of unresolved political problems continually hangs over the prospect of successfully implementing specific joint economic projects. But at the same time, work on such projects creates an atmosphere of trust, which is extremely necessary for resolving political turmoil.

In this regard, it is difficult to overestimate the positive role of the RCEP signing. Interestingly, it was signed by Japan and Australia, two of the Quad project’s four participants with its quite obvious orientation against China, which now (it should be stressed again) is also a member of the new economic association.

It should also be noted that a similar entity already operates in the region in the form of the CPTPP, including five Asian and four American countries, as well as Australia and New Zealand. Both of the latter countries, just like the unofficial leader of the CPTPP, Japan, are now members of the RCEP. Therefore, it is quite possible to expect an expansion of the scope of this last association’s actual functioning.

Finally, the regret (apparently, quite sincere) expressed by the Chinese Global Times over India’s ‘self-isolation’ from the RCEP has come to attention.

Let this author note in this connection that political trends in the region have been rapidly changing lately. So far, the changes were mostly negative, which is not necessarily due to some ‘regularities,’ for example, the famous ‘Thucydides trap.’ Instead, the latter is being recruited by some part of the American establishment to impart scientism to anti-Chinese complexes.

The new US administration’s quite expected personal changes may also bring some positive trends in US-China relations. Which, almost inevitably, will cause similar changes in Sino-Indian relations.

So the author will not be surprised if the Indian leadership decides to return to the RCEP one day.

New Eastern Outlook, November 23. Vladimir Terekhov is an expert on the issues of the Asia-Pacific region.