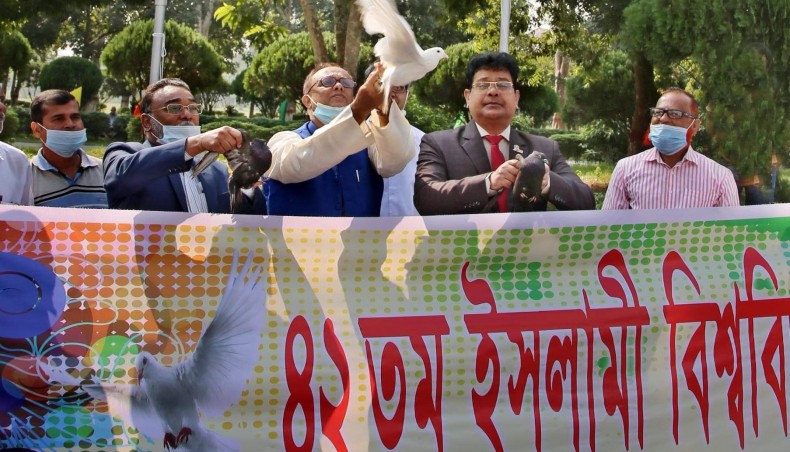 THE authorities of Islamic University celebrated its 42nd University Day on the occasion of the 41st founding anniversary on the campus in Kushtia on Sunday amid festivity and enthusiasm.

The daylong celebration included hoisting of the national and university flags, planting trees, cutting cakes, and holding a discussion online.

The vice-chancellor inaugurated the programmes releasing pigeons and balloons in the sky at around 10:40am.

Later, the VC planted a total of 42 trees on the campus. A cake-cutting ceremony was held on the third floor of the university’s administration building.

Among others, the pro-VC, acting registrar SM Abdul Latif, syndicate member M Mahbubar Rahman, IIER director M Maher Ali and deans and chairpersons of different faculties and departments were present on the occasion.

A discussion programme was held online in the evening where University Grants Commission chairman Kazi Shahidullah joined as chief guest.

National flags and university flags were hoisted atop the administrative building and all dormitories in the morning.