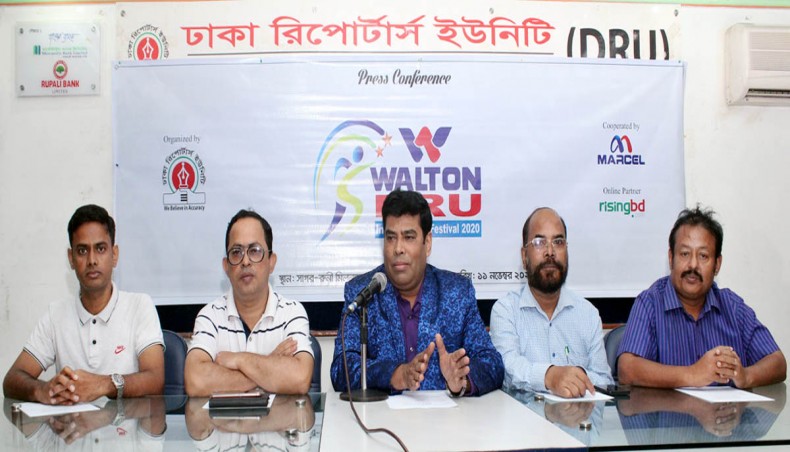 Officials of the Walton-DRU are seen during a press conference at the National Sports Council on Wednesday. — Courtesy photo

The festival will be inaugurated by the executive director of Walton Group, FM Iqbal Bin Anwar, at 10:00am at the Chess Federation office and the chess event will be held on the opening day.

Almost 400 DRU members, their spouses and children have entered their names for this year’s festival.

DRU held a press-conference on Wednesday ahead of the sports festival at the Sagar-Runi Auditorium where DRU president Rafiqul Islam Azad and general secretary Reaz Chowdhury were present.