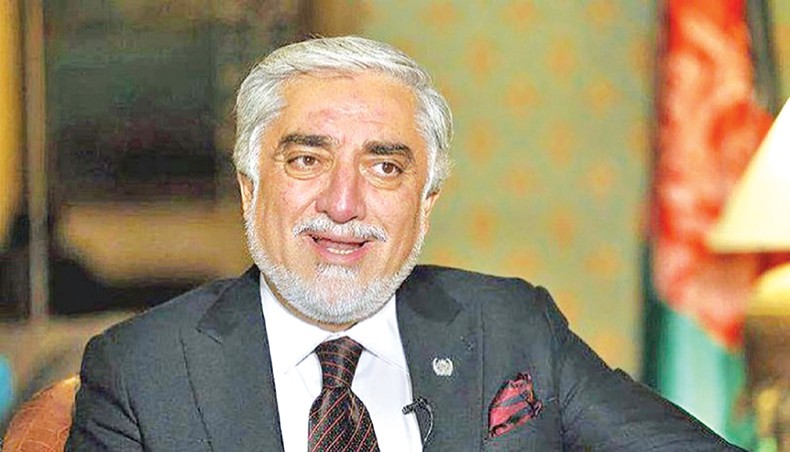 THE five-day visit to India that started on October 6 this year made by the physician Abdullah Abdullah, who is the de facto second-in-command with the government in Kabul, is a very remarkable event for a number of reasons.

Of these, the first, main one stems from the process that was launched involving sharp changes in the entire situation in this key country in the Central Asian region, as well as in the space that surrounds it. This process was initiated by the US-Taliban Agreement (a movement banned in the Russian Federation), which was reached at the end of February in Doha, the capital of Qatar. Previously, New Eastern Outlook briefly reviewed the content and possible impact this document could have on the situation in the region.

The fundamental positions outlined in the agreement are the complete withdrawal (within 14 months) of US military units from the territory of Afghanistan, which have been present there for almost 20 years, as well as starting a dialogue between the Kabul authorities and the Taliban movement.

There is a high probability that the consequences of the US military withdrawing from this country will be two closely interrelated, cardinal circumstances. Of these, the first will stem from the domestic political situation in Afghanistan returning (to a certain extent, since the historical process is developing in a spiral) to the state the country was in before US ‘foreign aid’.

Second, Afghanistan is located in a section of the Asian continent that is extremely important strategically, and the instability of the situation in the country will inevitably become a motive for yet more external candidates to emerge that want to provide yet more assistance. This time, Pakistan should be counted among these, first and foremost, and then China, India, and Iran.

And, since now the main instrument for spreading influence throughout Afghanistan will most likely not be a country’s armed forces, but its available financial and economic potential, then some of the leading Arab countries will certainly express their desire to ‘shove their way into’ the territory of a country rich in mineral resources, and European countries should not be ruled out. Moreover, inside Afghanistan each ‘worthwhile’ foreign player will find, as always, its influential ‘stakeholders’.

The hypothetical end of a long period of military turbulence in Afghanistan is highly likely to add the long-standing issue of the border it shares with Pakistan to the list of top-priority problems for the future ‘united government’. Furthermore, it will take on great importance for the Taliban, the overwhelming majority of whom are Pashtuns that live in both Pakistan and Afghanistan. It was one thing for it to enjoy the support of Pakistan for 40 years in the fight against all kinds of ‘infidels’, but quite another when, after achieving success, it will have to resolve the problems in its own ‘liberated’ country.

Let’s put ourselves in the shoes of a Pashtun aborigine living in Afghanistan: one hundred and thirty years ago, some Durand comes to your land (the devil knows where), drew a line through it, and says: ‘You don’t go there, otherwise you’ll end up completely dead’. But your relatives have been living beyond that “line” since the time of the Prophet (peace and blessings be upon him).

Along with the factor of its unwillingness to fulfil the role of Pakistan’s ‘backyard’ in its escalating struggle with India, the unresolved issue of the border it shares with Pakistan has long incentivised Kabul toward a rapprochement — but not with its coreligionists in Islamabad, rather with the ‘pagans’ in Delhi. This is not surprising, because all this has happened more than once in Europe in the relatively recent past. It is political expediency, you see.

Concerning the pressing reason for the visit under discussion made by a high-ranking Afghan official to Delhi, it is due to a potentially serious problem that may arise in Kabul’s relations with an urgently needed partner as this scenario for peace is realised in Afghanistan, which calls for the incorporation of at least some of the hodgepodge groups that make up the Taliban into the official government administration. In Doha talks were begun as well on the topic of the specific issues that arise owing to this, and these – as far as it is possible to tell – are extremely difficult.

But the long-standing position taken by India, which it has outlined repeatedly and right up until recently, specifically during the negotiations between the United States and the Taliban, boils down to expressing the view that it is categorically unacceptable for ‘Taliban terrorists’ to emerge in Afghanistan’s leadership.

It is clear how that has arisen: the situation it has in its own Kashmir, where the central government has been dealing with various manifestations of separatist tendencies for decades, often (to put it mildly) taking the form of armed sorties. The latter is presented in the form of ‘terrorist attacks accomplished with support from Pakistan’.

For Delhi, it is categorically unacceptable to qualify such acts and their perpetrators as a phenomenon that is triggered by the situation in Kashmir itself. Since this position needs to be consistent, it has been replicated for decades with regard to the Taliban as well, which has often entered into associations with terrorist groups that really are fighting in Kashmir from Pakistani territory.

That is why Dr Abdullah Abdullah went to Delhi with a difficult mission: to convince the Indian leadership that these are ‘not the same’ Taliban now, and that when they come to work in the government Afghan-Indian relations will continue to be all right.

During the visit, negotiations were held with prime minister Narendra Modi, foreign minister Subrahmanyam Jaishankar, and national security advisor Ajit Doval. Naturally, the details of the conversations remained ‘behind closed doors,’ but judging by information from available sources, Delhi became ‘convinced’ that the arguments put forth by its guest carried weight. However, it could not have turned out otherwise — India could not close the door (or rather, the ‘small window’, as described below) with its own hands to the territory of a country that is extremely important for India.

However, certain shifts in the Indian position became evident even on the eve of the abovementioned talks in Doha held within the framework of the ‘Kabul-Taliban government’. Indian foreign minister S Jaishankar, who still refrained from making contact with representatives of the Taliban delegation, took part in the opening procedure in the format of a video conference.

In addition, in India’s position the topic of how it is extremely desirable for the current government in Kabul to fill a leading role in the future ‘unified government’ resounded quite distinctly. Judging by the results of the 20-year war in the country’s territory, that is something that hardly anyone would dare to guarantee right now.

Under no circumstances should all of the above be taken as evidence that the prospect is looming for something like an India-Afghanistan (military -?) political alliance directed against Pakistan, and, consequently, at China right behind it. Although during his public speeches in Delhi, Abdullah Abdullah did articulate the rather standard set of buzzwords used in these instances ‘about historical ties’, ‘strategic partnership’, and ‘about having a stake in stability’.

Kabul’s leadership is endeavouring to maintain constructive relations with Islamabad and, of course, with Beijing. In particular, a week before his trip to India, it was again Abdullah Abdullah who went on a three-day visit to Pakistan, where he held talks with the country’s top civilian and military leadership. Presumably, one of the main problems that the guest tried to resolve was how to induce Pakistan’s leadership to use its potential to influence the Taliban to have the latter take ‘more constructive’ positions in the talks in Doha.

Finally, we should briefly touch upon the issue of Iran, China, and also (rather indirectly) the United States taking part in the beginning of a fundamentally new round in this game around the cumulative ‘Afghan problem’, which has not ceased for centuries. And here the topic of the aforementioned ‘small window’ arises, which has helped India, a country that does not share (at least de facto) a land border with Afghanistan, to maintain a quite prominent presence on its territory for some time now.

Until now, Iran, with which India has maintained quite friendly relations for centuries, has played the role of a transit country, providing services that involve bypassing Pakistan on the way to Afghanistan. To dramatically increase the throughput capacity of this route, in recent years a project has been implemented to modernise Chabahar Port in Iran, on the shores of the Strait of Hormuz, and to build a railway from it that heads towards Afghanistan.

But the ‘realities’ of global politics are beginning to grossly interfere with these plans and projects, at the centre of which stands a complex set of relations between the two leading world powers. In the process of developing relations with Iran, Delhi has to take into account the interests held by Washington, which is increasingly looming on the political horizon as a potential ally in the confrontation with Beijing, which, for its part, is beginning to more and more actively make itself known in the Greater Middle East region.

New participants in the time-honoured ‘Afghan game’, sitting at the table, peer at the cards that they were just dealt by an invisible world dealer, and begin to react to his traditional exclamation: ‘Make your bets, gentlemen’.

One of the manifestations of this reaction was the visits to India and Pakistan made by one of the highest ranking officials in Afghanistan’s official leadership.

New Eastern Outlook, October 22. Vladimir Terekhov is an expert on issues of the Asia-Pacific region.