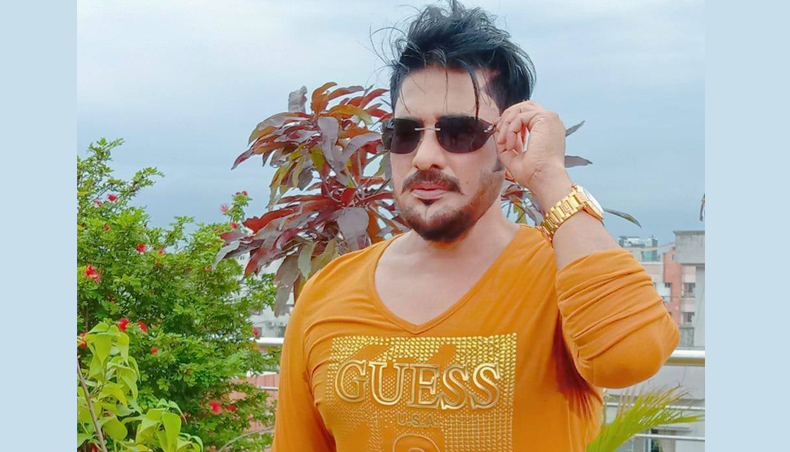 Amid countrywide protests over the growing incidents of rape and violence against women and girls, actor Ananta Jalil has blamed revealing dresses worn by women for inviting ‘unwanted sexual advances’.

In a 6.17-minute video, titled ‘Ananta teaches rapists a lesson’, the actor is heard giving some advice to women ‘as a brother’.

‘Women in Bangladesh wear indecent dresses inspired by women from other countries, cinemas, television and social media. People look at your figures instead of your faces because of the indecent dresses. They make indecent comments about women and think of rape,’ he said.

‘Do you consider yourselves modern? Is the dress you’re wearing ‘modern’ or is it indecent? A modern dress means only showing your face and covering your body with decent dress which will make you look good,’ the actor said in the video posted on his verified Facebook page.

He went on to say that any dress that does not cover the whole body except the face makes women look ‘very bad’.

‘You get out on the streets wearing a t-shirt like boys. And when you’re dishonoured or raped and return home you can either kill yourselves or can’t show your face in public,’ he said.

Nearly 1,000 rape cases, including 208 gang rapes, were reported between January and September this year, according to human rights organisation Ain-o-Salish Kendra.

Among the victims, 43 were killed after rape and 12 others committed suicides.

The actor said wearing ‘decent’ dresses would deter thoughts of rape. ‘People will look at you with respect if you wear decent dresses,’ he said.

Data compiled from media reports by ASK showed that 68 of the victims were below the age of 6. Another 139 victims were between the age of 7 and 12. But this data most likely captures a small number of cases since most survivors do not report assaults fearing social stigma and sometimes fearing for their safety.

Ananta told men to think twice before raping someone. ‘What would you do if the same thing happened with your wife or sister?’

The gang rape at Sylhet MC College and a housewife’s molestation in Begumganj of Noakhali sparked countrywide protests. Demonstrators are demanding strict laws for rape and violence against women.

UN’s Bangladesh office in a statement last week recommended an ‘urgent reform to the criminal justice system to support and protect victims and witness, and to speed up the slow trial process.’

The conviction rate for rape in Bangladesh is below 1 per cent, according to the Human Rights Watch. Last week, the law minister said they are proposing raising the highest punishment for rape to death penalty instead of life imprisonment.