Robi gets nod for highest-ever Tk 523.79-crore IPO in Bangladesh 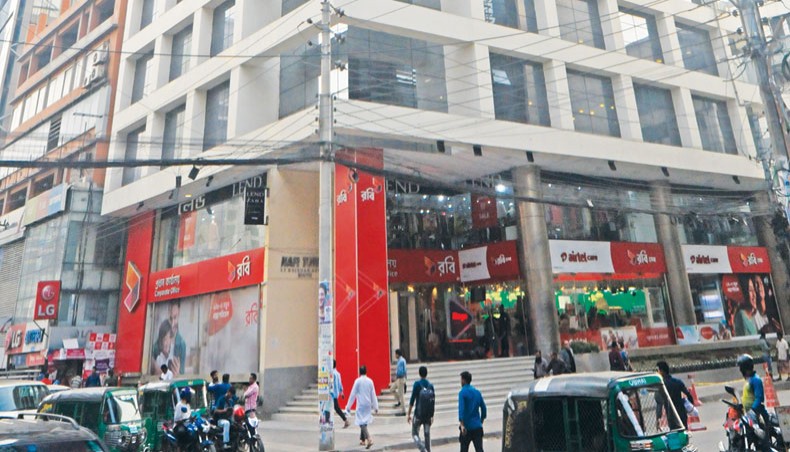 A file photo shows the Robi headquarters in the capital, Dhaka. The Bangladesh Securities and Exchange Commission on Wednesday approved the Robi Axiata Limited’s proposal to raise Tk 523.79 crore from the country’s capital market through an initial public offering. — New Age photo

The Bangladesh Securities and Exchange Commission on Wednesday approved the Robi Axiata Limited’s proposal to raise Tk 523.79 crore from the country’s capital market through an initial public offering.

The Robi’s IPO is set to be the biggest ever public offer in Bangladesh.

A BSEC meeting, presided over by its chairman Shibli Rubayat Ul Islam, approved the IPO proposal on Wednesday, a BSEC press release said.

Robi, the second largest mobile operator in Bangladesh, on March 1 this year filed draft papers with market regulator BSEC for raising the fund.

As per the Bangladesh Telecommunication Regulatory Commission data, Robi’s subscriber base reached 4.91 crore at the end of July this year.

Robi will float 52.37 crore shares at an issue price of Tk 10 each, the BSEC release said.

Grameenphone, the leading mobile phone operator in the country, raised Tk 486 crore through an IPO in July, 2009, which was the biggest IPO before Robi.

On February 22, Robi announced two conditions set by its parent company Malaysia-based Axiata Group — cutting the turnover tax to 0.75 per cent from 2 per cent and reducing the corporate tax rate to 35 per cent for 10 years — for the government to offload the Robi’s shares on the Bangladesh capital market.

Robi chief corporate and regulatory officer Shahed Alam in a statement said, ‘The approval to enlist on the country’s stock markets paves the way for the people of the country to become shareholders of the company. We hope that the government will positively consider certain conditions we had placed for enlistment in the interest of the prospective investors.’

He said, ‘We look forward to the support of our prospective shareholders to create a Bangladesh that thrives on innovation.’

In a separate statement, IDLC chief executive officer and managing director Arif Khan said, ‘We believe this initiative will further foster the growth of the telecommunication sector.’

This approval reiterates IDLC’s commitment to bring well-governed companies into market and testifies its continued leadership in the investment banking landscape of the country, he said.

The eligible investors including institutional ones who intend to subscribe the company’s IPO shares must have at least Tk 1 crore in investment in the capital market five days before the subscription starts.