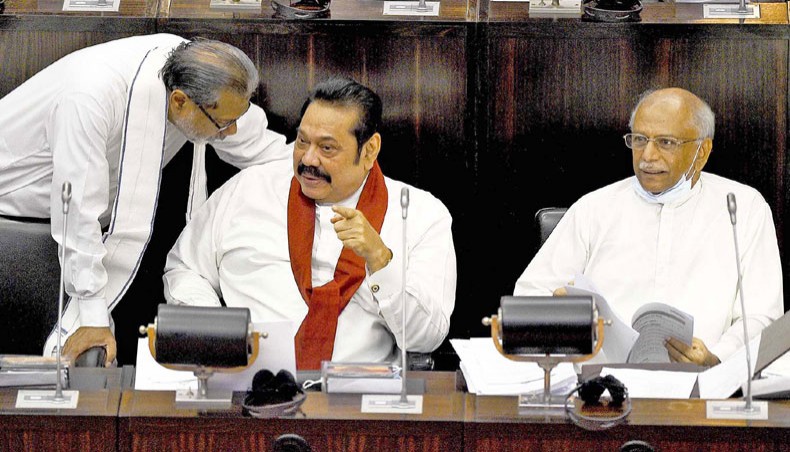 THE formulation of the draft 20th amendment and its unanimous acceptance by the cabinet is indicative of president Gotabaya Rajapaksa’s dominant role in the government. The unanimous cabinet decision to approve amendment uncritically has paved the way for the political embarrassment the government currently faces with no one prepared to accept responsibility for it. It therefore took more than a week for the government to reach agreement to appoint a committee to review the 20th amendment after strong opposition criticisms highlighted several problems in the draft law. The president’s role stems from both his track record and popularity with the majority who voted for him and what he stands for. The president is seen not only as a leader who is committed to strengthening the country, but also as a leader who will get things done with firm resolve.

Among those that the president is impressing are sections of the business community especially those who are seeking to be producers rather than traders. They see the president as being willing to cut through bureaucratic hurdles and provide approval for productive enterprises without getting tied down in problems of getting permits and approvals. Obtaining these permits has proven to be tedious and discouraging in the past due to both inefficiency and attempts by those playing gatekeeper roles to extract bribes. The government’s prioritisation of development as the way forward by expending decision making processes, both to improve the living standards of people and to make conflicts less intractable may explain some of its more controversial actions.

The permission given to engage in developmental activities in environmentally protected spaces is an indicator of the privileged position given to the goal of fostering development. The government is trying to promote import-substitution policies as the country is suffering from a foreign currency deficit in the aftermath of the COVID-19 pandemic. Large loans taken in the past have to be repaid, foreign remittances from migrant workers has fallen and exports are more difficult with the results that imports need to be curtailed. It will be necessary for the government to be mindful of the inter-connections and the repercussions that can follow. A step by step approach might be preferable in reorienting the economy into one in which domestic production is prioritized as many economic outputs require imported inputs.

TWO of the main political debates in the country at the present time concern the 20th amendment and the issue of environmental degradation that is taking place. There is an element of excess in both of these which need to be considered. An example would be the construction of a road in the protected reserve of the Sinharaja forest. The government’s go ahead to develop the road was justified on the basis of impoverished village people asking for a wider road that would ease their burdens of transport and access to the markets outside. However, this same incentive would motivate others with much greater resources to come to that area and make use of the road for their own commercial benefit that could lead to greater deforestation. Environmentalists have complained that the road expansion is already causing many disturbances to the forest including illicit felling, removing soil and dumping it on slopes. An option to have considered would have been the relocation of the village rather than harming the forest.

In the aftermath of the new government coming to power there has been a spate of development activities at the cost of the environment. Lagoons and forest lands are being utilised for development activities in many places. There is a need for environmental impact assessments of these activities. Impact assessment is a process of evaluating the likely environmental impacts of a proposed project or development, taking into account inter-related socio-economic, cultural and human-health impacts, both beneficial and adverse. In addition, cost-benefit analysis needs to be done that goes beyond mere finances, but also includes social and long term costs and benefits.

A social cost benefit analysis is a method to survey all the impacts caused by a development project or other policy measure. It comprises not just the financial effects such as investment costs, direct benefits like profits and taxes but all the societal effects such as pollution and the impact on the environment. The main aim of a social cost benefit analysis is to attach a price to as many effects as possible in order to uniformly weigh the above-mentioned heterogeneous effects. As a result, these prices reflect the value a society attaches to the caused effects, enabling the decision maker to form an opinion about the net social welfare effects of a project.

Such a social cost-benefit analysis would incorporate factors such as the affinity of high end tourists for Sri Lanka’s natural environment and for ethical development. Due to the three decades of war and the many atrocities that occurred during that period, Sri Lanka has gained an unfavourable international image that was being improved in the aftermath of the end of the war and the commencement of the national reconciliation process. However, the government’s withdrawal in February 2020 from the commitments given to the UN Human Rights Council in October 2015 and the failure to replace them with an indigenous model as promised can continue to jeopardise the country’s international image. There is a need for the government to be mindful of the repercussions of what it is doing. Political leadership involves all round assessments much as a social cost-benefit analysis is needed in development project activities.

A SIMILAR approach is needed in the case of the controversy that has erupted over the 20th amendment. This constitutional amendment has been put on hold with a government appointed committee to go into it and propose further amendments. The main feature of this proposed law is to transfer power away from other institutions and place it with the presidency. Both parliament and the judiciary which, together with the executive, form the three great branches of government will become subordinate to the presidency if the 20th amendment is passed into law in its current form. The question is the degree to which the strengthening of the presidency is appropriate in the context of constitutional governance.

The protests against the 20th amendment have grown stronger with the passage of just a week. Initially it was only the opposition parties that objected to it and raised their voice against it. But now even sections of the government and state apparatus have become emboldened to speak against the proposed law. The Sri Lanka Audit Inspectors’ Association has sent a letter to the president stating that the proposed 20th amendment will harm the independence of the auditor general and the scope of public audit, and also to the mechanism for the exercise of public financial control. They have pointed out that several government departments and some 120 state-owned companies will be exempt from centralised government audit under the proposed 20th amendment to the constitution.

Objections have also begun to be voiced by government parliamentarians themselves. The 20th amendment gives the president the power to dissolve parliament after a year of its election and to sack the prime minister and any minister at any time and appoint others in their place. This may not be a problem at the present time when president Gotabaya Rajapaksa’s own elder brother is the prime minister. But this can become a problem in the future when different individuals are in those important positions. For longer term democracy and political stability different arms of the government should not be subservient to the other but have their values and powers intact for better governance. The key factor to keep in mind is that politics and development are not only about going from one point to another in a straight line or in the shortest possible time. There is a need for greater mindfulness about possible repercussions and to assess whether the overall cost-benefit analysis is positive.