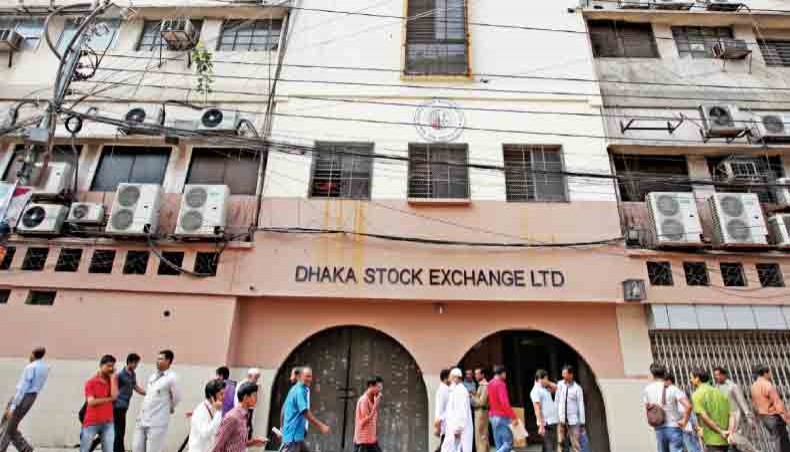 Dhaka stocks gained for the sixth consecutive session on Sunday with the key index hitting a new high as investors continued buying shares.

Trading resumed on Sunday after remaining shut since July 20 on the occasion of Eid-ul-Azha. Eid-ul-Azha, one of the biggest religious festivals of the Muslims, was celebrated on July 21 across the country.

However, trading on the DSE started with a 10:00am-1:00pm schedule instead of usual 10:00am-2:30pm schedule due to the 14-day strict Covid restrictions the government has been enforcing since July 23.

In 2013, the bourse launched the index under a Standard and Poor’s-developed free-float methodology with a view to replacing the then key index of the bourse, DGEN. The DGEN was at 4,171.41 points when the DSEX was launched in 2013.

Among the large capitalised companies, a surge in share prices of British American Tobacco, Beacon Pharmaceuticals, Beximco Pharmaceuticals and GPH Ispat added 27 points to the DSEX.

Average share prices of food, bank and pharmaceutical sectors advanced by 2.7 per cent, 0.8 per cent and 0.4 per cent respectively.

EBL Securities in its daily market commentary said, ‘The DSEX in the shortened trading window amidst a fresh lockdown reached an all-time high on Sunday. The investors’ sentiment was positive towards the bourse, while a section of the investors opted for portfolio rebalancing strategy ahead of the June closing year-end declaration.’

Baraka Patenga Power, which made its debut on July 15, hit the upper limit of the circuit breaker for the fourth trading day to close at Tk 42.3 on Sunday.

Average share prices of textile, non-bank financial institution and general insurance sectors dropped by 2.5 per cent, 1.6 per cent and 0.8 per cent respectively.

The DS30 index also hit an all-time high on the day.

Saif Powertec led the turnover chart with shares worth Tk 68.25 crore changing hands on the day.