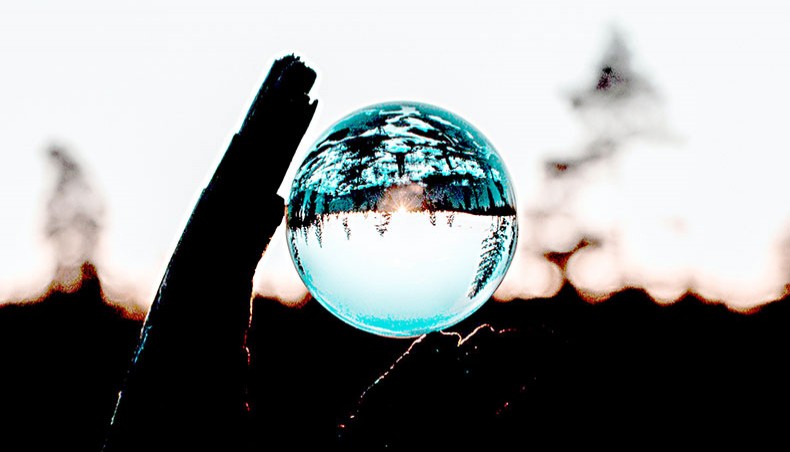 THE ultimate goal of every totalitarian system is to establish complete control over society and every individual within it in order to achieve ideological uniformity and eliminate any and all deviation from it. This goal can never be achieved, of course, but it is the raison d’être of all totalitarian systems, regardless of what forms they take and ideologies they espouse. You can dress totalitarianism up in Hugo Boss-designed Nazi uniforms, Mao suits, or medical-looking face masks, its core desire remains the same: to remake the world in its paranoid image… to replace reality with its own ‘reality.’

We are right in the middle of this process currently, which is why everything feels so batshit crazy. The global capitalist ruling classes are implementing a new official ideology, in other words, a new ‘reality.’ That’s what an official ideology is. It’s more than just a set of beliefs. Anyone can have any beliefs they want. Your personal beliefs do not constitute ‘reality.’ In order to make your beliefs ‘reality,’ you need to have the power to impose them on society. You need the power of the police, the military, the media, scientific ‘experts,’ academia, the culture industry, the entire ideology-manufacturing machine.

There is nothing subtle about this process. Decommissioning one ‘reality’ and replacing it with another is a brutal business. Societies grow accustomed to their ‘realities.’ We do not surrender them willingly or easily. Normally, what’s required to get us to do so is a crisis, a war, a state of emergency, or… you know, a deadly global pandemic.

During the changeover from the old ‘reality’ to the new ‘reality,’ the society is torn apart. The old ‘reality’ is being disassembled and the new one has not yet taken its place. It feels like madness, and, in a way, it is. For a time, the society is split in two, as the two ‘realities’ battle it out for dominance. ‘Reality’ being what it is (ie, monolithic), this is a fight to the death. In the end, only one ‘reality’ can prevail.

This is the crucial period for the totalitarian movement. It needs to negate the old ‘reality’ in order to implement the new one, and it cannot do that with reason and facts, so it has to do it with fear and brute force. It needs to terrorise the majority of society into a state of mindless mass hysteria that can be turned against those resisting the new ‘reality.’ It is not a matter of persuading or convincing people to accept the new ‘reality.’ It’s more like how you drive a herd of cattle. You scare them enough to get them moving, then you steer them wherever you want them to go. The cattle do not know or understand where they are going. They are simply reacting to a physical stimulus. Facts and reason have nothing to do with it.

And this is what has been so incredibly frustrating for those of us opposing the roll-out of the ‘new normal,’ whether debunking the official Covid-19 narrative, or ‘Russiagate,’ or the ‘storming of the US Capitol,’ or any other element of the new official ideology. (And, yes, it is all one ideology, not ‘communism,’ or ‘fascism,’ or any other nostalgia, but the ideology of the system that actually rules us, supranational global capitalism. We’re living in the first truly global-hegemonic ideological system in human history. We have been for the last 30 years. If you are touchy about the term ‘global capitalism,’ go ahead and call it ‘globalism,’ or ‘crony capitalism,’ or ‘corporatism,’ or whatever other name you need to. Whatever you call it, it became the unrivalled global-hegemonic ideological system when the Soviet Union collapsed in the 1990s. Yes, there are pockets of internal resistance, but it has no external adversaries, so its progression towards a more openly totalitarian structure is logical and entirely predictable.)

Anyway, what has been so incredibly frustrating is that many of us have been operating under the illusion that we are engaged in a rational argument over facts (eg, the facts of Russiagate, literal Hitlergate, 9/11, Saddam’s weapons of mass destruction, Douma, the January 6 ‘insurrection,’ the official Covid narrative, etc.) This is not at all what is happening. Facts mean absolutely nothing to the adherents of totalitarian systems.

Or, if you’ve bought the Covid-19 narrative, but haven’t completely abandoned your critical faculties, you can do what Glenn Greenwald has been doing recently. You can demonstrate how the corporate media have intentionally lied, again and again, to whip up mass hysteria over ‘domestic terrorism.’ You can show people videos of the ‘violent domestic terrorists’ calmly walking into the Capitol building in single file, like a high-school tour group, having been let in by members of Capitol security. You can debunk the infamous ‘fire-extinguisher murder’ of Brian Sicknik that never really happened. You can point out that the belief that a few hundred unarmed people running around in the Capitol qualifies as an ‘insurrection,’ or an ‘attempted coup,’ or ‘domestic terrorism,’ is delusional to the point of being literally insane. This will also not make the slightest difference.

I could go on, and I’m sure I will as the ‘new normal’ ideology becomes our new ‘reality’ over the course of the next several years. My point, at the moment, is… this isn’t an argument. The global-capitalist ruling classes, government leaders, the corporate media, and the new normal masses they have instrumentalised are not debating with us. They know the facts. They know the facts contradict their narratives. They do not care. They do not have to. Because this isn’t about facts. It’s about power.

I’m not saying that facts don’t matter. Of course, they matter. They matter to us. I’m saying, let’s recognise what this is. It isn’t a debate or a search for the truth. The new normals are disassembling one ‘reality’ and replacing it with a new ‘reality.’ (Yes, I know that reality exists in some fundamental ontological sense, but that isn’t the ‘reality’ I’m talking about here, so please do not send me angry emails railing against Foucault and postmodernism.)

The pressure to conform to the new ‘reality’ is already intense and it’s going to get worse as vaccination passes, public mask-wearing, periodic lockdowns, etc, become normalised. Those who don’t conform will be systematically demonised, socially and/or professionally ostracised, segregated, and otherwise punished. Our opinions will be censored. We will be ‘cancelled,’ de-platformed, demonitised, and otherwise silenced. Our views will be labelled ‘potentially harmful.’ We will be accused of spreading ‘misinformation,’ of being ‘far-right extremists,’ ‘racists,’ ‘anti-Semites,’ ‘conspiracy theorists,’ ‘anti-vaxxers,’ ‘anti-global-capitalist violent domestic terrorists,’ or just garden variety ‘sexual harassers,’ or whatever they believe will damage us the most.

This will happen in both the public and personal spheres. Not just governments, the media, and corporations, but your colleagues, friends, and family will do this. Strangers in shops and restaurants will do this. Most of them will not do it consciously. They will do it because your non-conformity represents an existential threat to them… a negation of their new ‘reality’ and a reminder of the reality they surrendered in order to remain a ‘normal’ person and avoid the punishments described above.

This is nothing new, of course. It is how ‘reality’ is manufactured, not only in totalitarian systems, but in every organised social system. Those in power instrumentalise the masses to enforce conformity with their official ideology. Totalitarianism is just its most extreme and most dangerously paranoid and fanatical form.

So, sure, keep posting and sharing the facts, assuming you can get them past the censors, but let’s not kid ourselves about what we’re up against. We’re not going to wake the new normals up with facts. If we could, we would have done so already. This is not a civilised debate about facts. This is a fight. Act accordingly.

DissidentVoice.org, June 21. CJ Hopkins is an award-winning American playwright, novelist and political satirist based in Berlin.