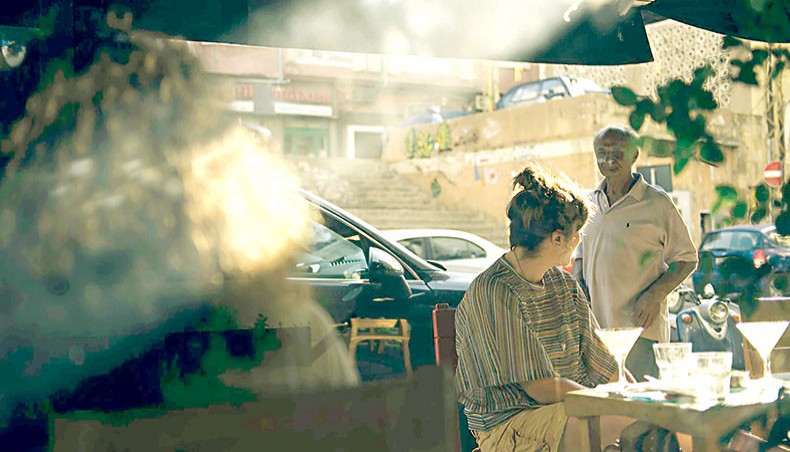 Lebanon hosts the largest refugee population per capita in the world. — Open Democracy

Whether to evoke sympathy or stigma, the ways that Syrians in Lebanon are represented help to compound exclusion and obscure connections, write Alexandra Kassir and Hala Abou Zaki

This is how fifteen-year-old Reem recounts her experience with a journalist interviewing her about a computer workshop run by a local non-governmental organisation in the Bekaa valley, Lebanon. Reem fled Homs in Syria with her family in 2013 and her story is one of many. More precisely, it is one among over 26 million men, women, children and young people worldwide who are too often reduced to their condition as refugees.

Lebanon hosts the largest refugee population per capita in the world. After the 2011 uprising against the Syrian regime and its transformation into an armed conflict, more than one million people from Syria fled to Lebanon, according to the Lebanese government and the United Nations High Commissioner for Refugees.

THE so-called ‘refugee crisis’ has since remained a hot topic in Lebanon, expressed through two clashing images.

The first is one often promoted by local and international humanitarian actors to raise awareness, generate sympathy and advocate for ‘Syrian refugees’. It portrays them as traumatised victims, to be pitied and rescued. This focuses on the most vulnerable groups, with pictures of barefoot children playing in makeshift camps, mothers trying to protect their babies with their shawls and waiting for food distribution.

While this emphasis on poverty and suffering is intended to highlight the undeniable urgency of meeting people’s pressing needs for food, shelter or medical assistance, it too often has the effect of reducing people to their precarious conditions.

In this context, the term ‘refugee’ refers to people’s deprivation rather than to their political conditions. People become numbers, voiceless victims and passive recipients of services and support from aid organisations. Too often infantilised by paternalistic discourses and practices, they are rarely presented as social and political actors capable of thinking for themselves and navigating in a context of uncertainty, or seen as human beings who exist outside their experience of war, displacement and precarity.

Source of all ills

THE second image, often promoted by Lebanese media outlets amid strong anti-refugee rhetoric coming from several established political parties, blames Syrians for being the source of all ills in the country, and portrays them as security or economic threats.

These representations are not new. They are deeply rooted in a long history of complex, tense relations between the two countries.

In this telling, young Syrian men are either associated with criminal activity, terrorism or sexual harassment. A number of villages and towns laid banners announcing discriminatory curfews imposed by municipalities, restricting the movement of Syrians evening to early morning.

More broadly, Syrians are also seen as competitors in the labour market and accused of monopolising attention and help from abroad, while Lebanese people suffer in their own country. As a result, discrimination and violence have greatly increased against people from Syria.

WHETHER perceived as a victim or a threat, as being at risk or a risk, the two images inform and reinforce a common knowledge of what it is like to be a refugee. By focusing almost exclusively on one particular dimension of their lives, the typical discourse on ‘refugees’ largely dehumanises those who have been displaced.

The burden of an imposed ‘refugee identity’ is evident in the many conversations we had with young Syrian women and men we met over the past two years in Lebanon. ‘Whatever we do, the word refugee is here,’ says Rania, a 17-year-old girl who has been working in agriculture in the Bekaa valley since she was 15 to provide for her family:

People we spoke to recount the hardships of leaving a place ‘as a person’ who ‘had a life’, only to enter another ‘as a refugee’, as a person deprived of his or her very identity.

These representations obscure the diversity and inequalities that exist in Syrian society. People become ‘Syrian refugees’, a homogeneous group that forms an undifferentiated mass. Many aspects of their lives, which lead to extremely varied migratory paths and experiences become invisible.

RECOGNISING the diversity of people’s backgrounds — whether that’s their social class, their age, the town they came from, their political position, the circumstances that pushed them to flee Syria, or how they crossed the borders — is essential to understanding their trajectories and experiences, and their living conditions. It highlights the different forms of social and economic inclusion and exclusion they face in Lebanese society, ranging across their access to education, housing or jobs.

The dominant forms of representation produce boundaries between ‘refugees’ and the ‘host community’, even though the situation on the ground is much more nuanced. They make social, family and political bonds (of marriage, friendship, activism, and so on) that exist between the Syrians and the Lebanese invisible. They overlook other forms of exclusion, notably related to social class, that separate people and shape their trajectories regardless of their nationality.

Categorisation and social representations can be forms of violence against people who have been displaced. It is time to recognise the power of words and how it can undermine people’s very dignity. As people try to rebuild their lives and envision the future, they too often remain trapped in the category of ‘refugee’, systematically accused of being a social, political or economic burden and constantly reminded of their condition of loss, whether material, human or emotional.

The legal protection and assistance of people who have been forcibly displaced is an undeniable right, yet, rethinking the implications of the ‘refugee’ category is just as crucial to guarantee people’s right to dignity.

If war, displacement and exile are critical moments in people’s lives, they do not define those lives entirely. There is no typical ‘refugee’ journey, and there are many different stories remain to be told.