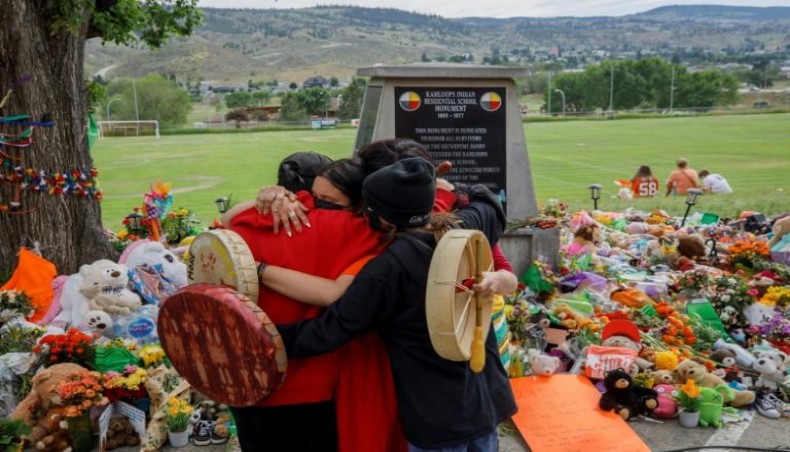 A new discovery of hundreds of unmarked graves near a former school for indigenous in western Canada follows the earlier unearthing of children's remains at another school in Kamloops, British Columbia. — AFP

Excavations at the site around the former school in Marieval, Saskatchewan began at the end of May.

They followed the discovery of the remains of 215 schoolchildren at another former indigenous residential school in Kamloops, British Columbia, which sent shock waves through Canada.

The finds revived calls on the Pope and the Catholic church to apologise for the abuse and violence suffered by the students at these boarding schools, where they were forcibly assimilated into the dominant culture.

In a statement quoted by several Canadian media, including CBC and CTV, the native Cowessess community said it had made ‘the horrific and shocking discovery of hundreds of unmarked graves’ during excavations at former Marieval boarding school.

‘The number of unmarked graves will be the most significantly substantial to date in Canada,’ the Federation of Sovereign Indigenous Nations said in a statement.

Perry Bellegarde, national chief of the Assembly of First Nations, said the news was ‘absolutely tragic, but not surprising. I urge all Canadians to stand with First Nations in this extremely difficult and emotional time.’

After the discovery of the Kamloops remains, excavations were undertaken near several former schools for indigenous children across Canada, with the assistance of government authorities.

The Marieval residential school in eastern Saskatchewan hosted indigenous children between 1899 and 1997 before being demolished and replaced by a day school.

Some 1,50,000 Native American, Metis and Inuit children were forcibly recruited up until the 1990s in 139 of these residential schools across Canada, where they were isolated from their families, their language and their culture.

Many were subjected to ill-treatment and sexual abuse, and more than 4,000 died in the schools, according to a commission of inquiry that concluded Canada had committed ‘cultural genocide’ against the indigenous communities.