Medical expert warns Germany fans not to travel to England 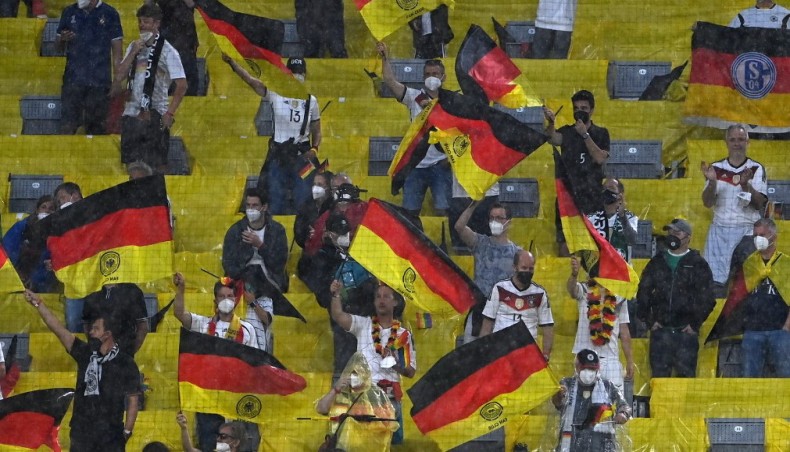 Germany fans cheer before their Euro 2020 match against Hungary at the Allianz Arena in Munich on Wednesday. — AFP photo

German football fans have been warned not to attempt to travel to Wembley for Tuesday's Euro 2020 last 16 tie against England by a senior official of the World Medical Association, because of the highly infectious Delta variant of the Covid-19 virus.

Germany’s nail-biting 2-2 draw with Hungary put them into the knockout stages where they meet England at London's Wembley Stadium.

Due to Covid-19 travel restrictions and the Delta variant in the UK, anyone returning to Germany from Britain must undergo a two-week quarantine and German nationals have been warned it is not worth the risk.

‘Even a vaccinated person who follows the social distancing rules and makes a pilgrimage to the stadium (Wembley) is taking a limited risk,’ Frank Ulrich Montgomery, chairman of the World Medical Association, told Bavarian newspaper Passauer Neue Presse.

‘Anyone who is unvaccinated is acting irresponsibly, given the Delta variant prevalent in the UK and its risk of infection.’

After a crowd of 25,000 for England's group games, authorities have allowed 45,000 to attend the two last 16 matches at Wembley, equvalent to around 50 percent of capacity. That will rise to more than 60,000 for the semi-finals and final at the same stadium.

‘I consider this to be populism and I can only advise against travel to see the games,’ added Montgomery.

‘I don't understand why Prime Minister Boris Johnson is allowing this.’