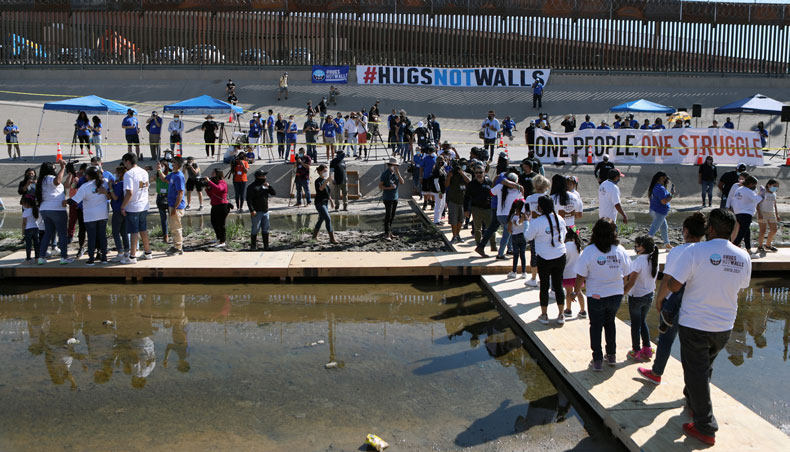 Migrants embrace with their families in the event ‘Hugs, No Walls’, origanized by the US organisation Border Network for Human Rights in the middle of the Rio Grande, on the border between El Paso, Texas state, United States and Ciudad Juarez, Chihuahua state, Mexico, on June 19, 2021. — AFP photo

Mexican authorities said on Wednesday they had detained 240 US-bound migrants from Central America, including children, and deported 89 Cubans without proper documents.

Police, acting on a tipoff, found 52 women and 127 men on Tuesday from Nicaragua, Honduras, El Salvador and Guatemala hiding in a warehouse in the central city of Puebla.

According to an official police report, 61 minors were also discovered.

It said the detainees, who were trying to reach the US border, were handed over to Mexican immigration officials for eventual deportation.

Separately, 89 Cuban migrants were sent home by plane because they were unable to prove they were in the country legally, the National Migration Institute said.

Mexico is under pressure from the United States to curb migrant flows that have risen sharply since president Joe Biden took office promising a more humane approach.

Between January and May, 22,267 undocumented migrants were detained in Mexico, defence minister Luis Cresencio Sandoval said on Monday.

Mexico has deployed 27,562 military personnel along its southern and northern borders to stop illegal migration, he said.