US has wrong expectation for dialogue: Kim’s sister 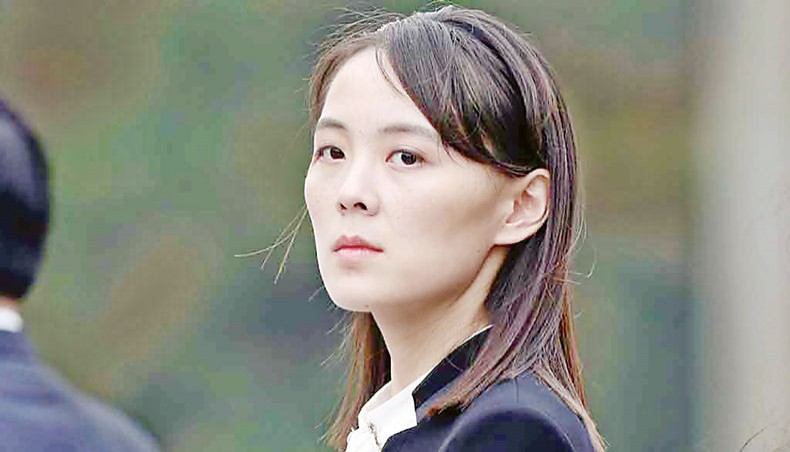 Kim Yo Jong’s comments came after US national security advisor Jake Sullivan described her brother’s first reaction to Washington’s recent review of its approach to the North as an ‘interesting signal’.

The Biden administration has promised a practical, calibrated approach, including diplomatic efforts, to persuade the impoverished North to give up its banned nuclear weapons and ballistic missile programmes.

In response, the North’s leader Kim last week said Pyongyang must prepare for both dialogue and confrontation.

Washington considered his comments as interesting, Sullivan told ABC News, adding the administration ‘will wait to see whether they are followed up with any kind of more direct communication to us about a potential path forward’.

But Kim Yo Jong — a key adviser to her brother — appeared to dismiss the prospects for an early resumption of negotiations.

The US seemed to be seeking ‘comfort for itself’, she said in a statement reported by Pyongyang’s official KCNA news agency.

It harboured expectations ‘the wrong way’, she added, which would ‘plunge them into a greater disappointment’.

Kim’s comments came with the top US diplomat in charge of North Korea negotiations on a five-day visit to Seoul, where he said Monday that Washington was ready to meet with Pyongyang ‘anywhere, anytime, without preconditions’.

The North at the weekend admitted it was tackling a food crisis, sounding the alarm in a country with a moribund agricultural sector that has long struggled to feed itself.

It is now under self-imposed isolation to protect itself against the coronavirus pandemic, and as a result trade with Beijing — its economic lifeline — has slowed to a trickle while all international aid work faces tight restrictions.