Story of the last tamarind leaf 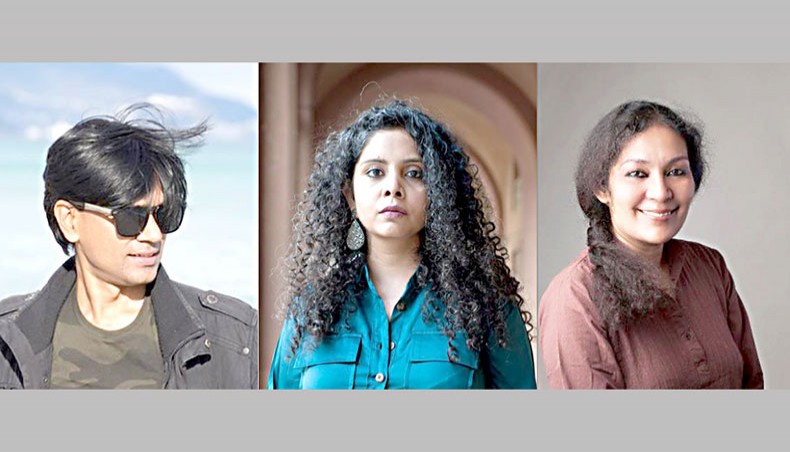 THE World Press Freedom Index listed by Reporters sans Frontières ranks India at an embarrassing 142 out of 180 countries, actually two places worse than Myanmar (140). There’s respite here for Hindutva nationalists. India is three notches better than Pakistan (145). Bangladesh (152) is the worst performer from South Asia. The global field bottoms out with Eritrea (180), making it the one country worse than North Korea (179). Intriguingly, Afghanistan (122), currently, seems more agreeable for journalists than the world’s chest-thumping largest democracy. Conversely (or perversely), a redeeming feature about the likelihood of the Afghan Taliban taking over in Kabul is that it could help make India, Pakistan and Bangladesh look better on the freedom ladder, who knows.

It was heartening, therefore, but also puzzling that prime minister Narendra Modi last week spoke up for values enshrined in healthier democracies. Addressing the G7 leaders in Cornwall in a virtual appearance from Delhi on June 13, Modi described India as a natural ally of the group. He saw himself as the G7’s partner in ‘defending democracy, freedom of thought and liberty from a host of threats stemming from authoritarianism, terrorism, violent extremism and economic coercion’.

As Modi spoke, the police in Uttar Pradesh under the watch of his handpicked chief minister were framing charges of conspiracy to stir communal violence against leading media figures critical of the Bharatiya Janata Party’s polarising politics. The Rashtriya Swayamsevak Sangh mouthpiece Organiser described the journalists as propagandists, but the RSF stood firm against the ‘absurd’ charges.

The RSF being a respected body to protect journalists — from recalcitrant states among other detractors — was clear that mischief was afoot. It urged the Uttar Pradesh police ‘to immediately withdraw the absurd charges, including criminal conspiracy’. The charges were framed against three journalists for tweeting about a video of an elderly Muslim man being beaten up by other men.

The accusation clearly bordered on harassment, RSF said. Brought in the form of a first information report on the evening of June 15 by the police of Ghaziabad, bordering Delhi, the accusation named three journalists — Washington Post columnist Rana Ayyub, writer Saba Naqvi, and Mohammed Zubair, one of the founders of the Alt news web site. It also named the Wire, an outspoken news website, and Twitter India.

The journalists, the RSF noted, were accused of conducting a ‘criminal conspiracy’ although all they did was post tweets about a video showing an elderly man identified as a Muslim being badly beaten in Ghaziabad by several other men. The claim that the men shaved his beard and forced him to chant ‘Jai Shri Ram’, a Hindu chant that has become a rallying cry for religious extremists, is being contested. The RSS paper claimed the video was faked to help an opposition party.

Before the three journalists named in the FIR tweeted about the video, which went viral on the evening of June 13, it was widely shared and commented on by India’s leading media outlets, including, according to RSF, the Times of India.

‘The Uttar Pradesh police nonetheless decided that the three journalists’ tweets sufficed to order their arrest under six articles of the Indian penal code named in the FIR.’

The police charges are instructive because they represent accusations that had been hitherto levelled at the accusers, including by Uttar Pradesh police involving the current chief minister as opposition leader. Provocation to cause riot, promoting enmity between religious groups, insulting religious beliefs, public mischief, criminal conspiracy and common intention to commit a crime, are charges that the BJP and the RSS themselves have had to face in the not very distant past. According to RSF’s research, each of the journalists is facing a possible combined sentence of nine years and six months in prison.

‘The accusation brought about by the Uttar Pradesh police is based on absolutely no tangible element and clearly amounts to judicial harassment,’ said Daniel Bastard, the head of RSF’s Asia-Pacific desk. ‘We urge Uttar Pradesh chief minister Yogi Adityanath to recover a semblance of credibility by ordering the immediate withdrawal of the charges against the journalists named in this absurd First Information Report.’

The RSS version quoted state police as speaking of two videos, one in which the elderly man was assaulted, and another in which he blamed his assaulters, who the RSS story says were mainly Muslim, of forcing him to chant a Hindu chant. It may all look absurd but that’s the official view from the police. ‘The second video, where Saifi could be heard saying he was forced to chant “Jai Shri Ram”, was shot in the presence of a maulana in the house of [an opposition politician],’ the RSS report said. The police believe the chant angle was brought in to polarise society.

It’s a fraught turn of events for secular journalists critical of the Modi government. The few still standing their ground belong to the league of courageous public intellectuals one of whom — Romila Thapar — I had once likened to the last tamarind leaf from a story one heard as a child from Najman Bua. A beautiful princess called Prem Rani had seven brothers who protected her from lurking danger. When out on their hunt, the brothers would leave her in the care of the large tamarind tree outside their home. ‘It’s the bandits knocking at your door, Prem Rani. Do not let them in,’ the tree would warn. The bandits hacked down the tree and removed it. Yet when they went for a final assault on Prem Rani’s house, there was still a tiny tamarind leaf that called out to warn her. The brothers then arrived and slayed the bandits.

One is inclined to see the journalists under assault from the government as crucial to democracy, like the last remaining tamarind leaf was to Prem Rani. These journalists speak for all the troubled features of India’s democracy that Modi didn’t tell the G7 about.