Premier League to resume on June 25 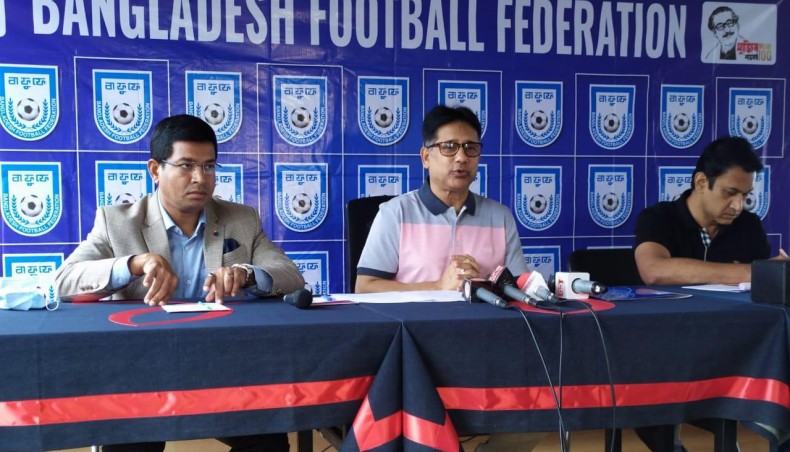 The second-leg of the Bangladesh Premier League football is set to resume on June 25, the professional league committee of Bangladesh Football Federation decided in a virtual meeting on Saturday.

The second phase was initially supposed to resume on July 4 but later the league committee decided to prepone it to June 22.

But on Saturday, the committee decided to restart the second phase on June 25.

Earlier, the second leg of the 13-team league was put on hold on May 11 for the Eid holiday and to accommodate the Bangladesh national team’s preparation camp for the FIFA World Cup 2022 and AFC Asian Cup 2023 joint qualifiers.

The previous 23 matches of the second-leg were held at the BNS from April 30 to May 11.

‘Keeping the rainy season in mind and to complete the league in time, even during the Covid -19 situation, the committee has decided to host the matches in four venues instead of one [BNS],’ said the league committee chairman and BFF senior vice-president Abdus Salam Murshedy.

The committee also made routine Covid-19 tests mandatory for all players and officials during the league and instructed all to follow other Covid-19 guidelines imposed by the FIFA, AFC and Bangladesh government.

Before the break, defending champions Bashundhara Kings took 11 points lead in the table with 43 points from 15 games.

The six-time champions’ Abahani Limited and the three-time champions’ Sheikh Jamal Dhanmondi Club Limited are in the second and third position respectively, securing identical 32 points from their 15 outings.

The second-last team Brother Union and bottom-placed Arambagh Krira Sangha are facing relegation threat as both sides only have five points from their 16 matches.

Meanwhile, the national team footballers completed their three-day quarantine on Saturday upon returning from Qatar on June 16 following the conclusion of their qualifier campaign.

With one draw and two defeats in Qatar, the team secured qualification to next year’s AFC Asian Cup qualifiers tournament in China as the third best fifth-placed side in a group.