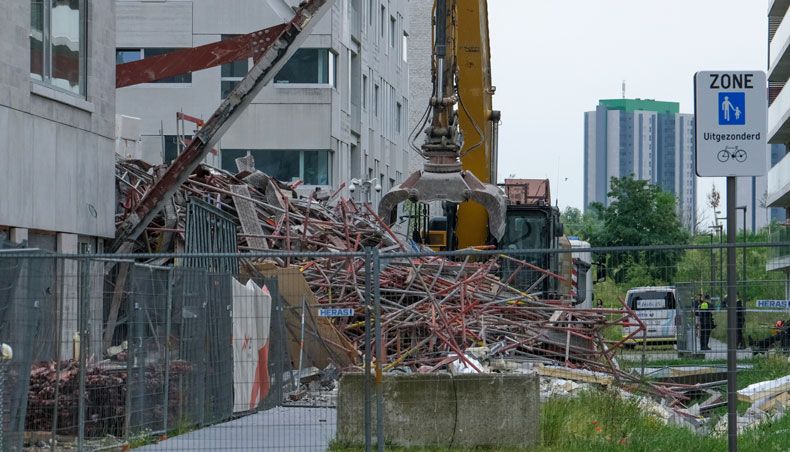 Rescue workers inspect the rubble of a collapsed building, a day after a school construction site partially collapsed in the Belgian city of Antwerp on June 19, 2021. — AFP photo

Three construction workers were confirmed dead and two still missing on Saturday, a day after a school construction site partially collapsed in the Belgian city of Antwerp.

The city’s fire department tweeted that three bodies had been found under the rubble.

‘Despite this terrible toll, the rescue work continues unabated until we are also able to free the two remaining missing persons,’ it said.

Two of the dead were from Portugal and Romania, police told local media.

The nationality of the third dead worker was not clear. Rescuers had said when three people were still missing that they were looking for two more Portuguese and one Russian.

Nine others were injured in the incident on Friday afternoon. The school was still under construction so no students were present.

The cause of the collapse was not known.

King Philippe of Belgium was expected to visit the scene on Saturday.