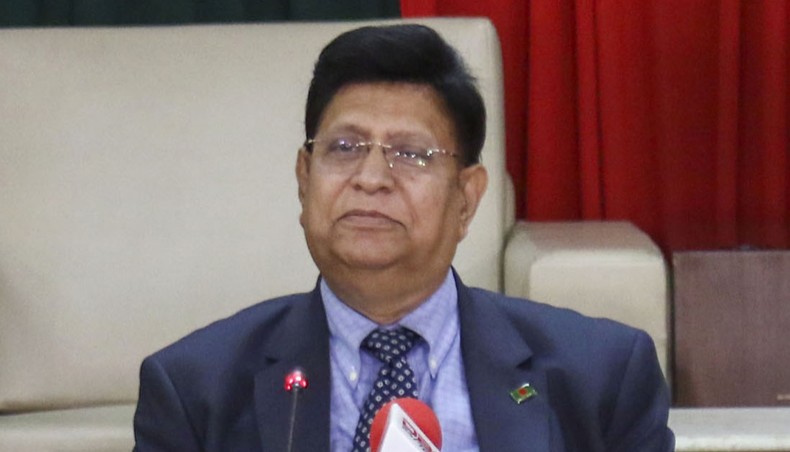 Foreign minister AK Abdul Momen on Friday called for an incentive-based and long-term package for countries graduating and graduated countries from the LDC status as they are at a high risk of sliding back — both due to Covid impacts and loss of LDC-specific support measures.

The foreign minister said that most of the least developed countries had limited fiscal buffers and absence of ex-ante insurance schemes against shocks, which make their graduation trajectory highly challenging.

Momen was speaking as a keynote speaker at a high-level virtual event on ‘Building Resilience for Sustainable and Irreversible Graduation of the LDCs’ hosted by the Permanent Mission of Bangladesh in New York in collaboration with the Permanent Mission of Canada and the United Nations Office of the High Representative for the Least Developed Countries, Landlocked Developing Countries and Small Island Developing States (OHRLLS).

He underlined the importance of adequate financing and resources as critical means for LDCs to keep pace with graduation expectations.

Eisenhower Mkaka, foreign affairs minister of Malawi and chair of the Global Coordination Bureau of the LDCs, also delivered a keynote speech at the event.

The recommendation by the UN Committee for Development Policy for graduation of Bangladesh was a momentous occasion for the entire nation, Momen said.

It coincided with the 50th anniversary of Bangladesh’s independence and the birth centenary of the country’s founding president.

Bangladesh’s graduation was built on the vision of prime minister Sheikh Hasina to transform Bangladesh into a middle-income country by 2021 and a developed country by 2041, said Momen, adding that the ‘Digital Bangladesh’ revolution also paved the way to accelerate Bangladesh’s progress.

Highlighting the multidimensional challenges faced by the graduating and graduated countries, the foreign minister identified access to safe and affordable Covid vaccines as the top priority for the LDCs now.

He said that the most effective solution to this issue would be to utilise TRIPS’ (WTO Agreement on Trade-Related Aspects of Intellectual Property Rights) waiver to transfer technology and know-hows to the LDCs that had production capacities for vaccines.

The minister urged the development partners and vaccines manufacturers to extend support in this regard.

The foreign minister is now on an official visit to New York and is scheduled to return on June 22.