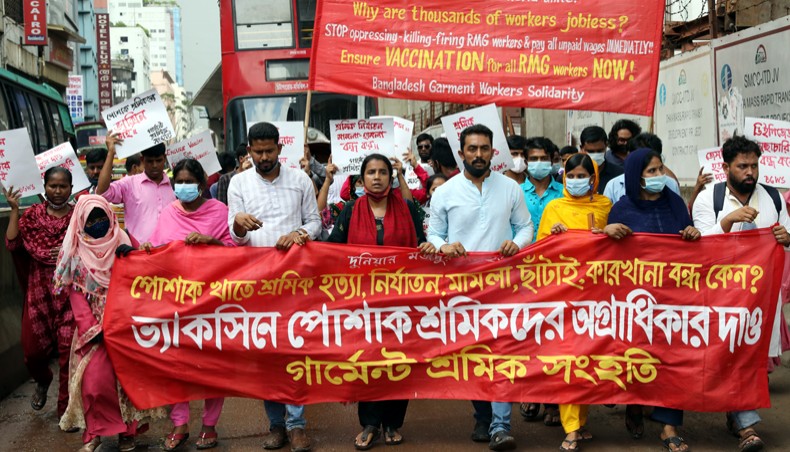 Garment Sramik Samhati on Friday brings out a procession in front of the National Press Club demandig Covid vaccine for readymade garment workers on a priority basis. -- New Age photo

Leaders of Garment Sramik Samhati on Friday at a protest rally in front of the National Press Club called on the government to administer Covid vaccine to the readymade garment workers on a priority basis.

President of the organisation Taslima Akhter, who chaired the rally, urged the government and the factory owners to vaccinate the garment workers as soon as possible to ensure their safety.

General secretary of the organisation Julhasnineen Babu said that garment factory owners were facing various repression in different factories during the Covid regime.

He demanded that the government should ensure arrest and trial of the killers of a RMG worker, who was killed in police firing on June 13 in Dhaka EPZ.

Textile Garments Workers Federation also organised a separate rally in front of the National Press Club protesting at the killing of a RMG worker of Dhaka EPZ.