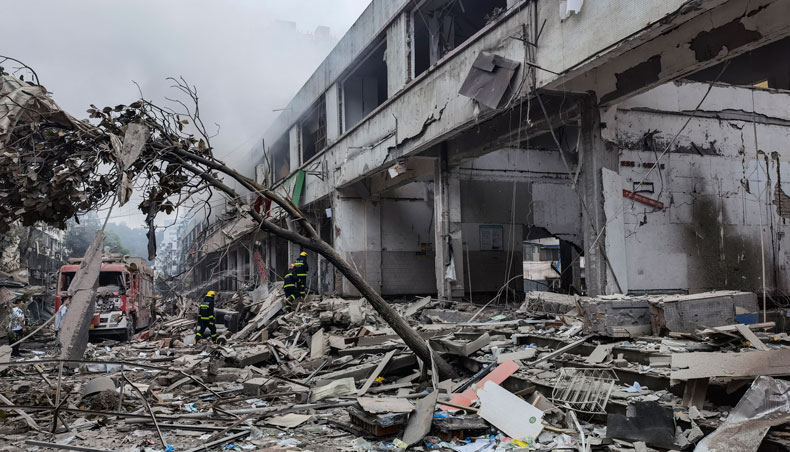 Workers search for victims in a building damaged by a gas line explosion which left at least 12 people dead and nearly 140 others injured in Shiyan, in central China’s Hubei province on June 13, 2021. — AFP photo

Chinese police have detained eight suspects over a gas blast that killed 25 people and reduced several buildings to rubble in the central city of Shiyan, authorities said on Friday.

Over a hundred people were injured in the explosion, which struck a busy two-storied building packed with shoppers and people eating breakfast in the Hubei province city on Sunday morning.

Eight suspects, including the general manager of the company that owned the gas pipe, have been detained, according to the Shiyan government.

Authorities found that ‘the company’s safety management system was unsound’ and ‘there were serious defects in the operation of relevant equipment,’ the government’s statement said.

The blast occurred in a building that had previously housed a vehicle frame manufacturer, and several survivors told local media that the gas pipeline had fallen into disrepair after the factory was moved last year.

Around 900 residents in surrounding buildings were evacuated following the blast, which littered the area with debris and saw rescuers carrying shocked survivors out on stretchers.

Industrial accidents are common in China due to weak safety standards and corruption among officials tasked with enforcing them.

Shiyan’s government said its investigation was still in progress and that ‘the relevant organisations and individuals would be held accountable.’