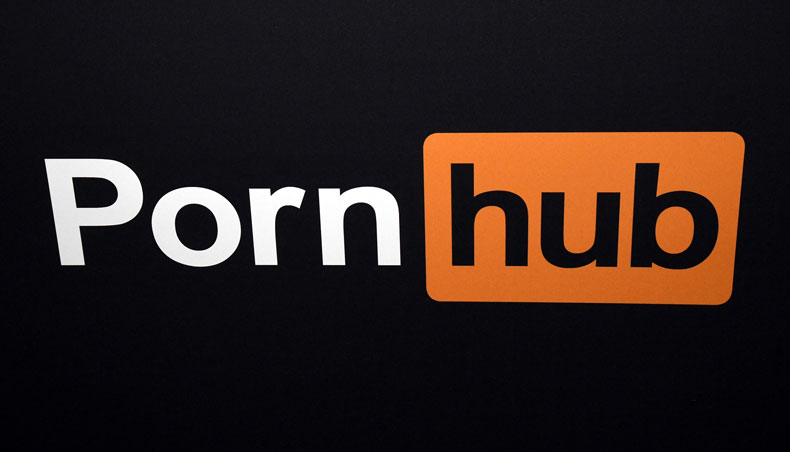 Lawyers representing the 34 plaintiffs accuse the online giant — one of the world’s largest adult video websites — of creating a teeming marketplace for child pornography and ‘every other form’ of non-consensual sexual content, and want the company to pay damages.

‘This is a case about rape, not pornography,’ the complaint said, describing the website as ‘likely the largest non-regulatory repository of child pornography in North America and well beyond.’

All but one of the plaintiffs, who reside both in the United States and abroad, wished to remain anonymous.

Fourteen said they were minors when they were filmed and should be considered ‘a victim of child sex trafficking’.

Michael Bowe, a lawyer representing the women, told CBS News the court could order MindGeek to pay hundreds of millions to his clients.

Yet the video was not taken down for several weeks, the lawsuit said, and during that time it was downloaded and reuploaded by several different users, with each video requiring a fresh request to remove it.

The plaintiffs’ lawyers accuse MindGeek of operating a ‘gaslighting campaign’ online in a bid to discredit the victims, as well as making ‘threats of physical violence and death’ against them.

They are also suing Visa Inc — one of the world’s largest payments processing companies — for ‘knowingly’ profiting from trafficking in providing merchant services to MindGeek.

Montreal-based MindGeek described the suit’s accusation that it is running a ‘criminal enterprise’ as ‘utterly absurd, completely reckless and categorically false,’ according to US media.