Tamim out of DPL Super League with injury 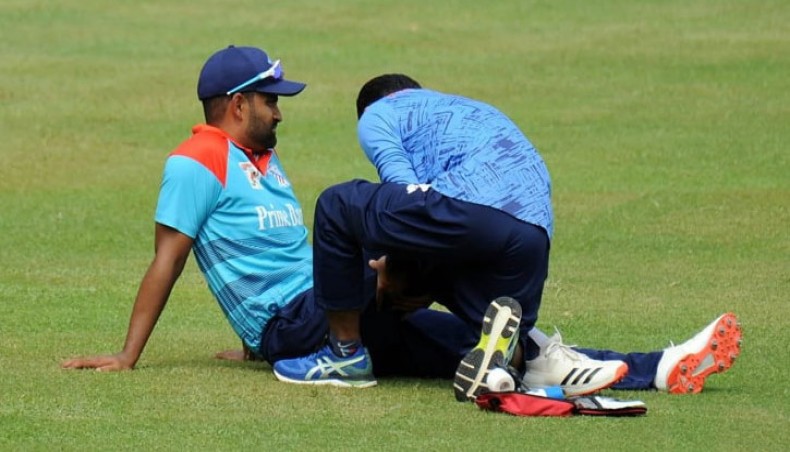 Bangladesh one-day international skipper Tamim Iqbal, who is representing Prime Bank Cricket Club in the Dhaka Premier League, has taken himself out of the Super League round of the competition to tend to an injury in his leg.

In an audio message sent to the media, Tamim revealed that he has been fighting through leg pain during the last few matches and upon medical assessment has decided to not take part in the Super League, which will begin on June 19.

‘During the last few matches, my leg was hurting a lot. I was struggling a lot, especially while fielding and running between the wickets. I have consulted with the doctors and the BCB medical staff. Their advise is that at this moment it would be better for me not to play,’ Tamim said in an audio message circulated to the media through Whatsapp.

Prime Bank has roared into the Super League stage of the competition as they finished at the top of the 12-team points-table in the first phase of the league, where Tamim was their best batsman by far.

The opener has amassed 306 runs in 11 innings, most by any Prime Bank batter in the league.

But Prime Bank will have to go through the final stage of the league without their star performer.

Tamim, however, is hopeful to recover before the national team’s next assignment, which is against Zimbabwe next month.

‘I need proper rest and rehab as the Zimbabwe series and other international series’ are coming up, which hold more importance. I have to recover quite a bit from my current state to play international matches.

‘Hopefully, by the time we are in Zimbabwe, before the first Test I will recover. To do so, whatever I need to do, whatever the medical department advises me I am trying to do it,’ he said.

The Bangladesh team is scheduled to leave for Zimbabwe on June 29 and play the one-off Test in Bulawayo on July 7.

Shakib Al Hasan, who played for Mohammedan Sporting Club on Thursday after his three-match sanction ended, is also likely to not take part in the Super League.

A Mohammedan official seeking anonymity told New Age that the all-rounder has asked to skip the Super League to return to his family at the USA and the club has accepted his plea.