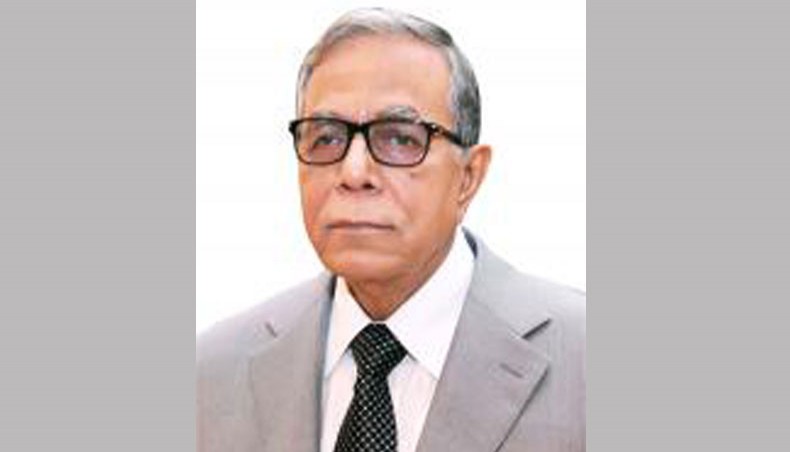 Bangladesh president Md Abdul Hamid on Wednesday condemned Israel for its repeated attacks on Palestinian people at a time when the world is going through devastating pandemic.

Addressing the second OIC (Organization of Islamic Cooperation) summit on science and technology, he reiterated Bangladesh’s unflinching commitment to realizing the rights of the brotherly people of Palestine in their fight for an independent homeland.

The airstrikes and balloons marked the first major flare-up between Israel and Gaza since a ceasefire on May 21 ended 11 days of heavy fighting that killed 260 Palestinians, according to Gaza authorities, and 13 people in Israel, the police and army there said.

Abdul Hamid called upon the OIC member countries to make better use of science and technology in alleviation of poverty through sustainable development.

‘Science and Technology will work as a game changer in poverty alleviation and sustainable development,’ he said.

The president said the collaboration can be done on dedicated projects bilaterally or on collective basis. ‘Many OIC member states have similar strengths and prospects in different areas and we can complement each other,’ he said.

He also called upon scientists and researchers from OIC member country to exchange their expertise and knowledge in these fields.

He said that Bangladesh is giving special emphasis to scientific research, sustainable and environment friendly technology, peaceful uses of nuclear energy in the field of food and agriculture, health, power, human resource development, blue economy and so on.

‘We have already entered the elite nuclear club by constructing a 2 thousand 400 Megawatt nuclear power plant in Rooppur,’ he added.

Hamid also proposed some ideas for joint plan of action like collaboration for Research and Development among OIC member states with OIC institutional support, establishment of high-tech industry and implementation of gradual clustering projects under IDB co-financing arrangement, development of mechanisms, networks and associations of scientists and entrepreneurs, incubation support for OIC-wide commercial application of innovations and job creation and technology transfer among member states.

Prsident Hamid said the Islamic countries must restore their intellectual leadership in science and technology and apply new innovations in all areas of life.

‘To bring back the intellectual leadership in science and technology which the Muslim community once enjoyed, we need to adopt a scientific view of life,’ he said.

He called for investment in pursuit of scientific knowledge and exploration of new avenues, engage in coordinated and dedicated Research and Development, apply new innovations in all areas of life, and quickly adapt to the realities of the 4th Industrial Revolution.

This, he said, is evident by emerging industry of pharmaceuticals and alternative medicines and also in space through launching Bangabandhu satellite.

Referring to the Rohingya issue Hamid urged OIC fraternity and the international community to address the ongoing problem of Myanmar so that the Rohingya community could return to their homeland amid safety, security and dignity.

He said that the Rogingya issue is a matter of continuous concern for Bangladesh.