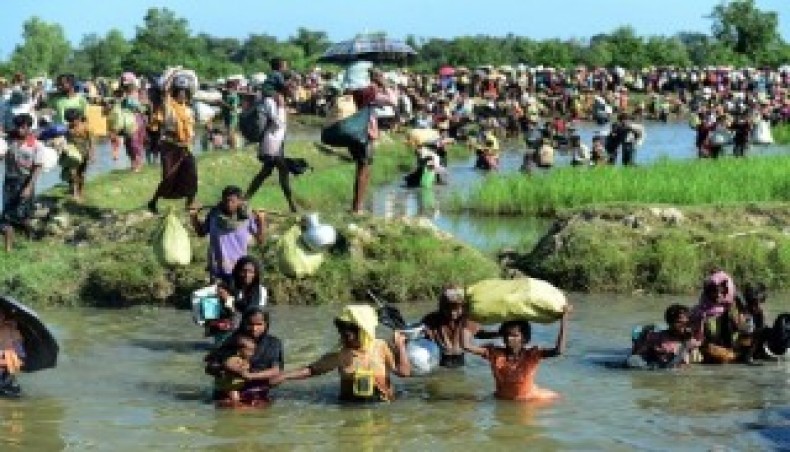 Foreign minister AK Abdul Momen has urged the United Nations to take immediate steps to resolve the Rohingya crisis and help these displaced people return to their place of origin in Rakhine State with dignity.

The Foreign Minister also recalled the efforts of the international community, including the General Assembly and the Human Rights Council in keeping the issue of Rohingya alive; while the efforts of the Security Council have always fallen short of concrete action.

He expressed the hope that the Council will fulfill its Charter obligations and take urgent measures to resolve the crisis in Myanmar so that the Rohingya people can return to their homes in safety, security and dignity.

He also urged the regional countries and other stakeholders in playing their due role.

‘We’ve always called for international community’s active role in resolving the political aspects of the Rohingya problem; addressing the root causes and most importantly fulfilling their fundamental right to return to their homes in safety, security and dignity,’ said the Foreign Minister at a high-level virtual discussion on Tuesday organized by Bangladesh Permanent Mission to the UN in New York.

The event titled ‘The current situation in Myanmar: implications for Rohingya Minority’ was cosponsored by the Permanent Missions of Canada, Saudi Arabia and Turkey and the Global Centre for Responsibility to Protect.

The Foreign Minister presented the keynote speech while the President of the General Assembly Volkan Bozkir joined him to share experience from his recent visit to Cox’s Bazar.

Permanent Representative of Bangladesh Ambassador Rabab Fatima opened the discussion with her welcome remarks, while the high-level panel included the Special Rapporteur on the situation of human rights in Myanmar Tom Andrews, the Special Advisor of Secretary General on Prevention of Genocide Alice W Nderitu, the Permanent Representatives of Canada, and Turkey and Rohingya activist Wai Wai Nu.

The Foreign Minister recalled the bold decision and humanitarian gesture of Prime Minister Sheikh Hasina to provide shelter to the over a million Rohingya, as they fled atrocities in Myanmar, and the efforts of the government to ensure the wellbeing of Rohingya despite severe resources and space constraints.

Referring to the newly established accommodation facility for the Rohingya in Bhashan Char, the Foreign Minister said that after thorough assessment the UN and the development partners have expressed satisfaction with the arrangements in Bhashan Char and are now considering opening their operations in Bhashan Char.

The panelists commended the government of Bangladesh profoundly for its remarkable humanitarian gesture and expressed their support in resolving the Rohingya crisis in a sustainable manner.

They all recognized the need to address the root causes of the Rohingya crisis which lie in Myanmar, and support the ongoing accountability processes to ensure justice to the victims of human rights violations in Myanmar.

The event was held virtually and attended by a large number of attendees from member States, civil society, academia and other stakeholders.

Among other issues, they discussed the Rohingya crisis, climate change and the Covid-19 vaccine.

The Foreign Minister thanked PGA for convening the upcoming plenary session on Myanmar in the General Assembly.

Referring to the Covid-19 vaccine as a global public good, the Foreign Minister requested Bozkir to use his good office for ensuring vaccines for all.

The Foreign Minister also invited the President of GA to attend the World Peace Conference to be held in Dhaka.

Vulkan Bozkir thanked the government of Bangladesh for its humanitarian role on the Rohingya issue. He also thanked Bangladesh for cooperating with his office on various issues related to the United Nations.

They discussed, among other things, the issue of sustainable and irreversible graduation of LDCs.

As the co-chair of the preparatory committee of the LDC-5 Conference to be held in Doha, Qatar in January 2022, the Foreign Minister reaffirmed Bangladesh’s commitment to work with all the partners for a bold and ambitious outcome.