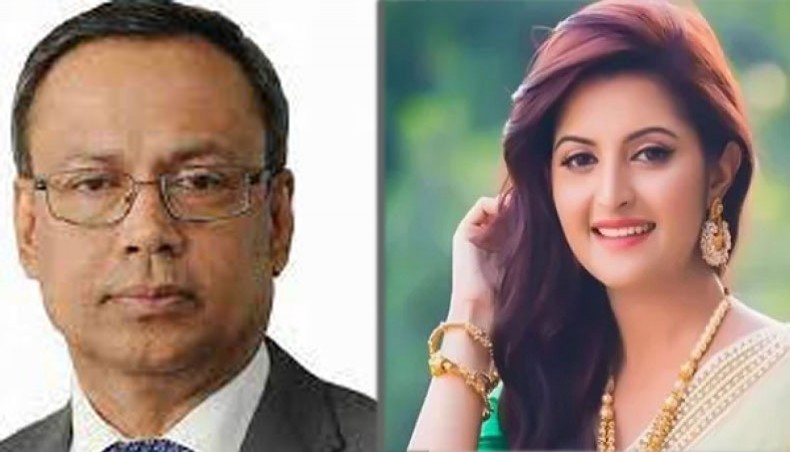 Police on Tuesday pressed drug-possession charges against realtor Nasiruddin Mahmud and four others, a day after they were arrested over their alleged attempt to rape and murder actress Pori Moni.

An FIR was filed against the five under the Narcotics Control Act at the Airport police station in the small hours of Tuesday on a complaint by Manik Kumar, sub-inspector of DB Gulshan zonal team, said duty officer Mashiul Alam.

Drug-related charges have been brought against the five in the wake of the seizure of some 1,000 pieces of Yaba tablets from their possession at the time of their arrest.

The other accused in the case are Tuhin Siddique Omi, 33, Nazma Amin Brishti, 24, Lipi Akter, 18, and Sumi Akter, 19. All of them will be produced in a court later in the day and police will seek their remand for custodial interrogation, sources told UNB.

On Monday, police arrested Nasiruddin, the former president of Uttara Club Limited, from a flat in the Uttara area in the wake of a case filed over the alleged attempt to rape and kill actress Pori Moni. The case was filed on a complaint by the actress.

Apart from the drugs, police also seized foreign liquor and beer from the apartment.

Besides, Dhaka Boat Club expelled Nasir from its executive committee on Monday, hours after his arrest.

The club took the unanimous decision at an EC meeting presided over by its president Benazir Ahmed. It was attended by eight other EC committee members as well as club’s adviser Rubel Aziz.

The meeting also suspended the club membership of Nasir and three others, Tuhin Siddique Omi and Shah S Alam, said a statement from the club.

Pori Moni, in her verified Facebook page, uploaded a status seeking justice from prime minister Sheikh Hasina, claiming that the six had attempted to rape and kill her.

‘I’ve been physically assaulted and they even attempted to rape and kill me. I want justice. I’ve asked for help from so many people. However, they just heard what I said and commented that they’ll ‘look into it’ while the fact is that no one has helped me yet,’ Pori Moni stated in her post.

In her post, Pori Moni addressed prime minister Sheikh Hasina as her ‘mother’, writing: ‘I was about two-and-a-half years old when my mother died. Today, I need a mother more than ever. I’ve never seen you, accepting any injustice quietly. I need you; I need your help to stay alive. Please save me, mother.’

Pori Moni revealed the name and details of her alleged assaulters at a press conference at her Gulshan residence in the capital on Sunday night.

Breaking into tears at the press conference, Pori Moni described what exactly happened to her, sharing the graphic details of the alleged crime and revealed who tried to rape her.