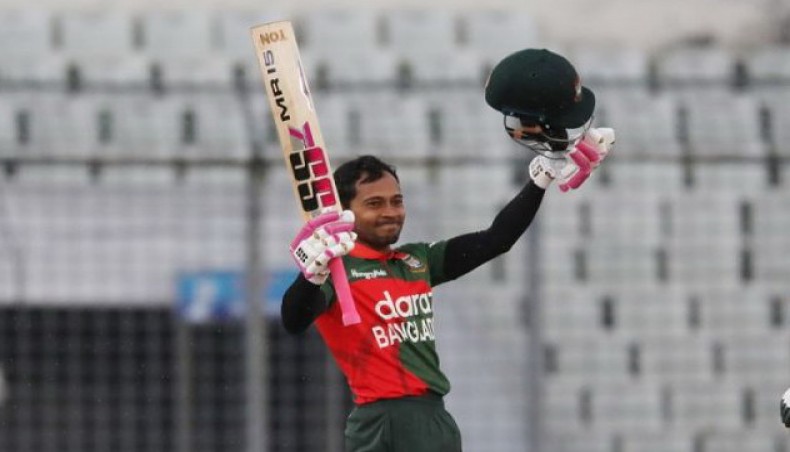 International Cricket Council on Monday announced Bangladesh wicketkeeper-batsman Mushfiqur Rahim as the ICC player of the month for May 2021 for his performances against Sri Lanka.

Mushfiq became the first Bangladeshi player to win this prize on the back of playing two match-winning knocks against Sri Lanka at home last month in the three-match one-day international series.

The wicket-keeper batsman, who is now playing for Abahani Limited in the ongoing Dhaka Premier Division Cricket League, told the reporters about his feelings after receiving such honour.

‘Hopefully, I will be able to deliver more good knocks and match-winning innings for the team.’

Mushfiq also thanked all who voted for him to make him the `ICC Player of the Month'.

‘Thanks to all, especially to ICC for selecting me as the best player for the month of May. But my biggest thanks is for those who voted for me, you not only made me winner but also made Bangladesh win,’ he added.

In the media release issued by ICC, former Indian batsman VVS Laxman praised Mushfiq for his determination and his consistency.

‘Even after 15 years at the highest level, Mushfiqur has not lost his appetite for run-making. He was at his imperious best in the one-day series at home against Sri Lanka, a picture of consistency with the highlight being 125 in the second match which helped his side secure a winning 2-0 lead in the three-match series.

‘What made his feat even more notable was that it was Bangladesh’s first-ever ODI series triumph against the 1996 World Cup champions. To shore up the middle order and don the wicket-keeping gloves speaks volumes of his fitness and skills,’ Laxman was quoted in the media release.

On June 8, Mushfiq was shortlisted alongside Pakistan’s Hasan Ali and Sri Lanka’s Praveen Jayawickrama for the prize.

The winner of the prize was decided through fan vote.

Scottish all-rounder Kathryn Bryce was named as the ICC women’s player of the month for May 2021.