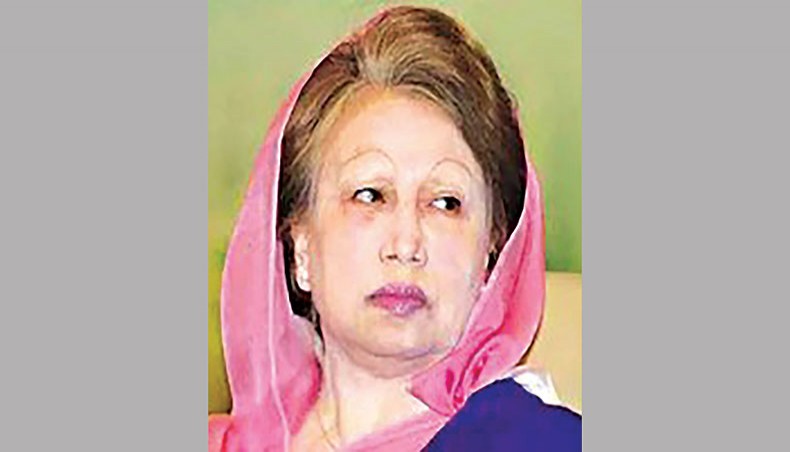 Opposition Bangladesh Nationalist Party secretary general Mirza Fakhrul Islam Alamgir on Monday said that BNP chairperson Khaleda Zia was suffering from an intermittent fever as her kidneys and liver were not functioning properly.

‘Physicians think that Khaleda Zia is suffering from an intermittent fever because her kidneys and liver are not working properly. She even suffered from a fever on Sunday,’ Fakhrul said  at a press conference at the party chairperson’s Gulshan office.

Fakhrul also said that excess fluid accumulated in her lungs repeatedly because of heart-related complications and the trend would not stop till her heart was cured.

Khaleda is undergoing treatment for post-Covid complications at Evercare Hospital in Dhaka.

‘Physicians are trying their best. We are thankful to them. But they [physicians] often suggest that she should be given an advanced treatment, which is not possible in the country,’ Fahrul said.

He said that the physicians recommended shifting Khaleda to an advanced medical centre, which was not available in the country.

About the writ petition filed over Khaleda’s date of birth, Fakhrul said that it was an attempt to mislead the nation because there was no politics in the country.

‘It is an attempt to divert people’s attention from major issues,’ he said.

On May 9, after getting the law ministry’s opinion, the home minister told reporters that the government could not allow Khaleda to go abroad as there was no instance of allowing any convict to go abroad for treatment.

The 74-year-old former prime minister was released from the Bangabandhu Sheikh Mujib Medical University’s prison cell on March 25, 2020 on an executive order on conditions that she would take medical treatment at home and would not leave the country.

She had been staying at her Gulshan house in Dhaka since then till she was admitted to Evercare Hospital on April 28 for some tests as part of her follow-up medical check-up.

Khaleda tested negative for Covid-19 on May 5.