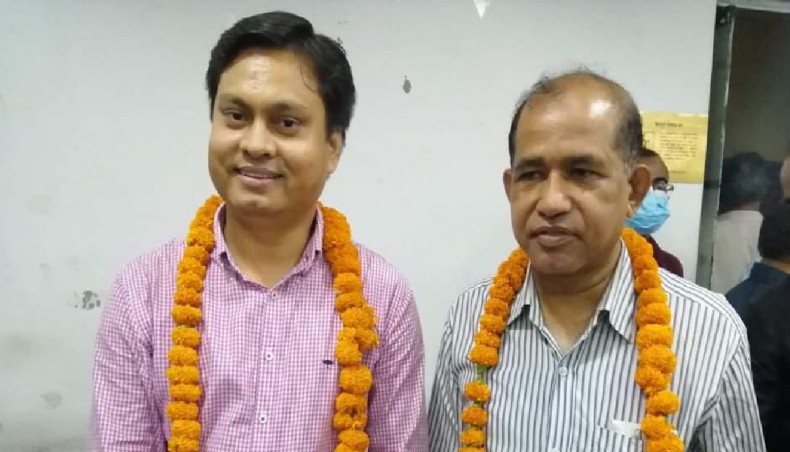 Tapan Biswas (Right) and Masudul Haque (Left) pose for photo at National Press Club in Dhaka on Sunday after being elected as the president and general secreary respectively of the Bangladesh Secretariat Reporters Forum. -- UNB photo

Tapan Biswas of Dainik Janakantha has been elected as president, and Masudul Haque of United News of Bangladesh as general secretary of the Bangladesh Secretariat Reporters Forum.

Of the 17 posts of the executive committee, voting was held for all except the training and research secretary post, for which Tauhidul Islam was elected unopposed.

Information and broadcasting minister Hasan Mahmud congratulated all the newly elected members of the committee.