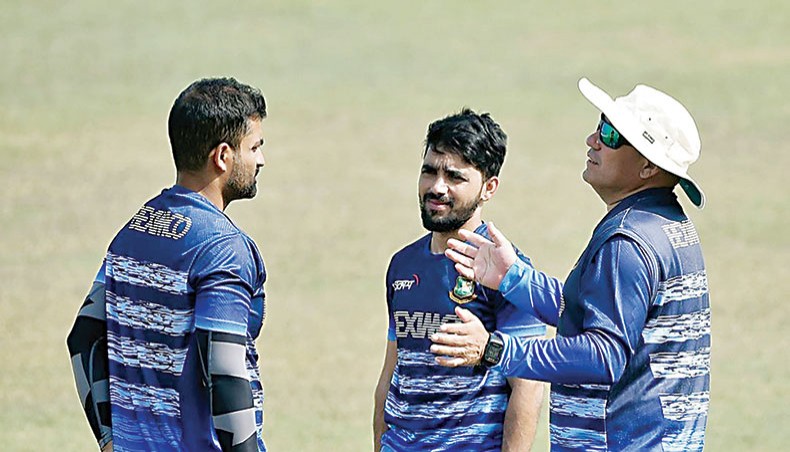 Bangladesh players are at risk of getting caught off guard by a spirited Zimbabwe side at home who are preparing for the Tigers’ with a series against a strong South Africa A side while the Bangladesh national team players are busy taking part in a problem infested season of the Dhaka Premier League.

Zimbabwe A side is currently playing the second unofficial Test against its South African counterparts, which is the last match of the tour that also included four one-day matches.

All the matches are taking place in Harare, where Bangladesh is scheduled to play three one-day internationals and three Twenty20s against Zimbabwe after playing the one-off Test in Bulawayo next month.

Meanwhile, the Tigers are currently taking part in DPL T20, a competition which has been marred by rainy weather, sub-par pitches, poor and sometimes questionable umpiring and severe allegations of favouritism to specific teams and match-fixing.

Bangladesh’s head coach Russell Domingo, who is currently vacationing at his home in South Africa, said that he is following the South Africa A team’s series in Zimbabwe and thinks that the Zimbabwe series will be far from a walk in the park for his charges.

‘Yes, been following the series in Zimbabwe; that gives us some idea about our upcoming series. Not going to be an easy tour,’ Domingo told New Age.

Tamim Iqbal and Mustafizur Rahman are the only national team regulars who are featured in the top five of the run-getters and wicket-takers list after eight rounds.

Tamim is fourth in the list with 243 runs, 62 runs behind top-spot holder Mizanur Rahman while Mustafiz is second in the bowlers’ list with 13 wickets, trailing left-arm spinner Tanvir Islam by four wickets.

Other stalwart players like Mushfiqur Rahim, Shakib Al Hasan, Mahmudullah have failed to stamp their mark in the league where lesser known cricketers are leading the tabulation sheets.

The underwhelming performance of his disciples is not unknown to Domingo, as he is keenly observing them in the league.

‘I am following them closely,’ said the South African.

Bangladesh players will also have to shift their focus to Test cricket after playing only T20s for a month as the Zimbabwe series will begin with a Test match.

The Tigers’ record in Tests against Zimbabwe in Zimbabwe is also not very admirable as they have won only once in seven meetings, lost five and drew one.