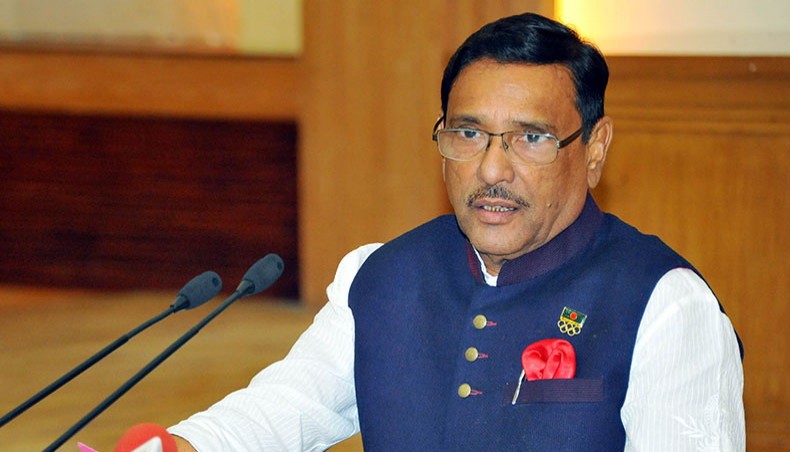 Awami League general secretary and road transport and bridges minister Obaidul Quader on Saturday said those who did not believe in the spirit of Liberation War and the independence want to turn Bangladesh into a failed state.

Obaidul said if BNP was given the guarantee of victory in polls, then Election Commission would be perfect, according to them.

If court verdict goes in favour of BNP, then judiciary will be independent to them, he added.

He said if the Anti-Corruption Commission did not bring BNP leaders to justice for their corruption and misdeeds, it would be a good institution to them.

BNP itself is making democratic institutions controversial in a planned way, he said.

Mentioning that BNP is crazy for power, the AL general secretary said that BNP leaders resorted to the path of conspiracy and falsehood for their lust to regain state power.

Any of their conspiracy will not be successful, as their character has been exposed to the nation, he said,

The minister said Bangladesh received final recommendation on its graduation from the status of Least Developed Country to developing one under the dynamic leadership of prime minister Sheikh Hasina.

Bangladesh is now a country of huge potentials at the world stage, he added.

He said the people knew who declared to resist Indian prime minister Narendra Modi ahead of his visit to Bangladesh on the occasion of golden jubilee of independence and Mujib Barsho.

Video footage has cleared who launched mayhem and who directly or indirectly patronised the attacks, he said.

He said BNP carried out arson terrorism in 2013-14 and wanted to shift its liability to AL.

It is BNP’s old habit to shift the liability of their wrongdoings and failures to others, he said.