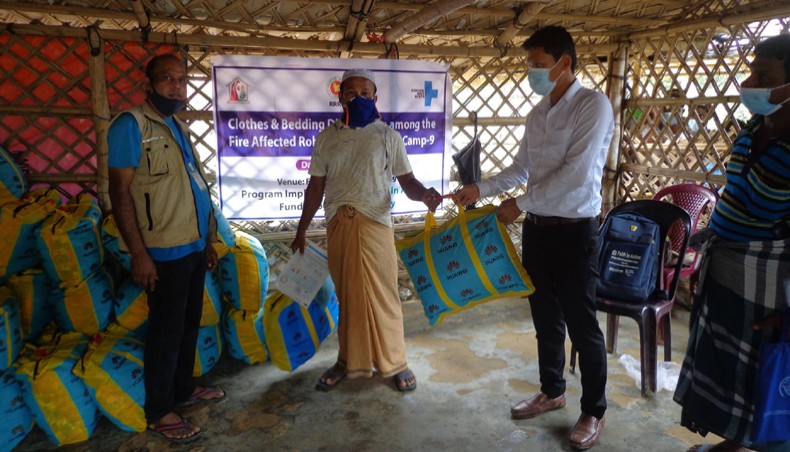 A total of 125 fire victim families of a Rohingya camp in Ukhiya upazila in Bangladesh’s southeastern Cox’s Bazar district got relief materials on Thursday.

Faith in Action, a non-governmental organization, in collaboration with the international organization KNH Germany, distributed the relief materials among the persecuted Myanmar nationals at Rohingya Camp-9 under Ukhiya, said a press release on Friday.

On March 22, three Rohingya camps in Cox's Bazar were gutted in a devastating fire that gutted shelters and belongings of about 10,000 Rohingya families.

Seventeen people, including children and women, were burnt to death and over 400 were injured in the fire.