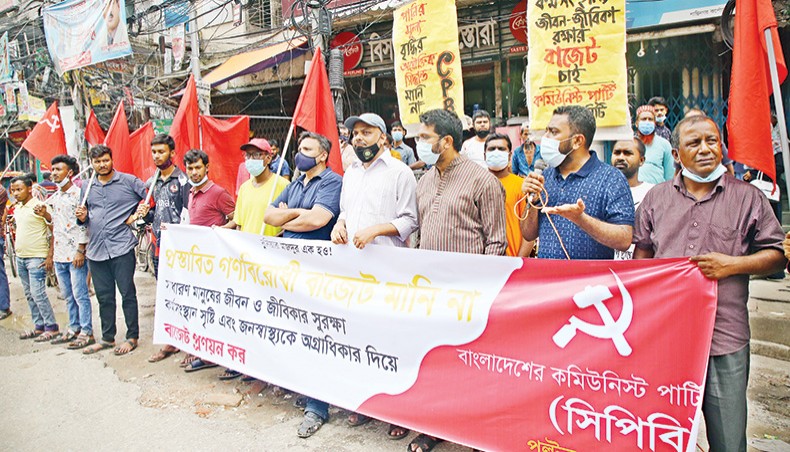 The Communist Party of Bangladesh holds a rally at Shantinagar in Dhaka on Friday condemning the proposed national budget that failed to ensure employment and healthcare. — New Age photo

Jatiya Mukti Council held a rally in front of the National Press Club and the Shantinagr Thana unit of Communist Party of Bangladesh held a rally at Shantinagar crossing.

Mukti Council secretary Faiezul Hakim, who presided over the rally, said that the proposed budget would serve the purpose of the business people and the rich only.

It had ignored the interests of the poor and common people during corona regime.

The rally was followed by a protest procession that paraded different roads.