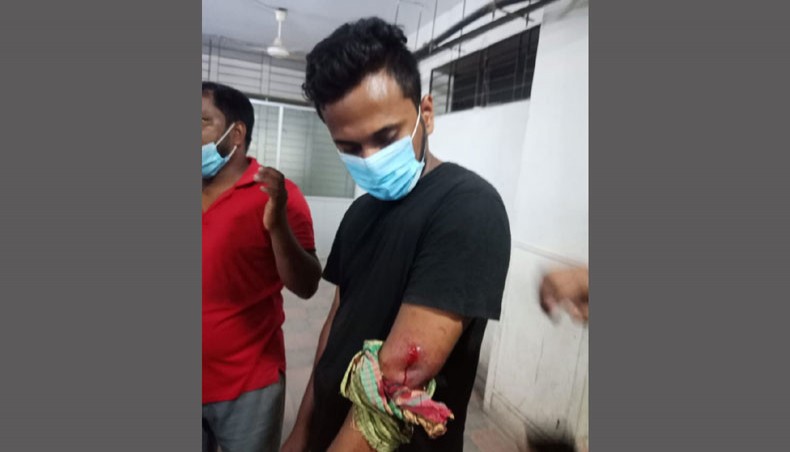 A bullet injured man undergoes treatment at the Chattogram Medical College Hospital after two groups of locals clashed over hanging a signboard at a local graveyard on Friday. — New Age Photo

At least 13 persons were injured in a clash between two groups of people over hanging a signboard at a graveyard in the Chattogram city’s Bakalia area on Friday.

The police are trying to arrest the persons involved in the attack in the East Bakalia area at about 11:30am, said Md Ruhul Amin, officer-in-charge of Bakalia police station.

Police said the incident occurred when a group, led by certain Yakub Ali, attacked a group of local people while they were hanging a signboard at Bara Moulavi Graveyard after the name of the donor of the graveyard land.

Salman Ahmed, a resident of the neighbourhood said, that his grandfather donated a piece of land for burying bodies free of cost, but Yakub allegedly took control over the graveyard and demanded money from people to bury at the graveyard.

‘When we protested and went to hang a signboard at the graveyard, Yakub and his men attacked us,’ he alleged.

However, the accused fled from the area after the incident.