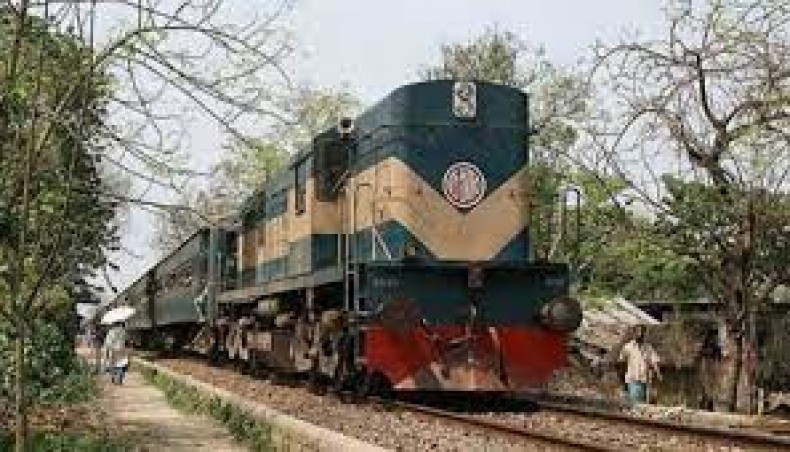 A New Age file photo of a train of Bangladesh Railway.

Bangladesh Railway is going to suspend all passenger train services on all Rajshahi routes for a week from midnight past Friday to contain the spread of Covid infection.

BR authorities announced the suspension in the backdrop of the local administration’s announcement of enforcing lockdown in Rajshahi city for a week from Friday 5:00pm as Covid infection and deaths are increasing since late May.

The suspension will be effective until midnight past June 17, BR said.

BR authorities in a press release, signed by railway director for public relations Mohammad Shafiqur Rahman, on Thursday night said that the decision was taken considering prevention of the virus outbreak.

The BR press release also said that all passenger trains from and to Rajshahi would remain closed during the suspension.

Of the 12 deceased, he said, six were from Rajshahi district and three were from Chapainawabganj district.

According to the RMCH reports, a total of 92 patients died at the hospital’s corona units in the ongoing month.

Sources in the hospital said that surge in the number of Covid positivity in Rajshshi and in the bordering district of Chapainawabganj since late May compelled the hospital authorities to encourage Covid treatment at home.

Only the patients having serious difficulties, especially breathing problems, are asked to come to the hospital for admission.