What is the US endgame in China? 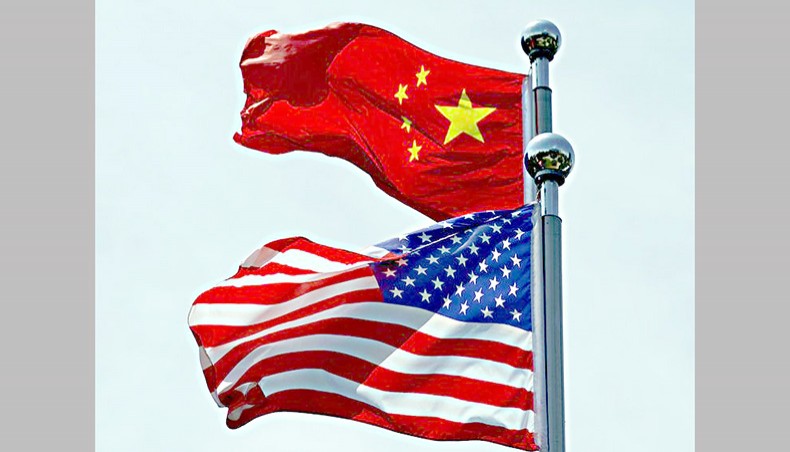 WHY does the US advocate a free market while doing its utmost to stifle it? The current US-China economic war is a perfect example of this perplexing question.

The legacy of Milton Friedman, the founder of America’s modern political economy, was a representation of this very dichotomy: the use, misuse and manipulation of the concept of the free market.

Through the Chicago School of Economics, whose disciples have proved most consequential in the formation of the American approach to foreign policy, especially in South America, Milton constantly championed the virtues of the free market, emphasising a supposed link between freedom and capitalism and insisting that governments should not micromanage markets.

But theory and practice are two different notions that hardly meet.

The ‘Chicago Boys’ — South American economists who were mostly educated under Friedman himself — were dispatched in the 1970s and 80s to advise some of the continent’s most notorious dictatorships on how to manage their economies. They selectively advocated free-market economics that seemed to only serve the interests of the US and, to a lesser degree, the ruling classes of various South American nations. The bloodbath that ensued in much of the continent during those years can still be felt to this day, from Chile to Argentina and elsewhere.

Friedman died in 2006, after receiving accolades from his own government, in addition to the British government during the reign of Margaret Thatcher. However, his supposed wisdom continues to shape the mindset of mainstream US economists to this day, thus allowing for the unresolved dichotomy to persist: how can the US government ‘stay out’ of the free market while, simultaneously, intervening to control this very free market whenever the outcomes do not suit its interests? A perfect case in point is the ongoing US economic war on China.

Contrary to the common perception, this war was not initiated by the Trump administration when the US president slapped a series of tariffs on Chinese exports to the US, starting in June 2018. Indeed, it has existed for much longer. Even the supposedly more amiable Barack Obama administration was engaged in this war. We could argue that Obama’s Pivot to Asia in 2012 was a renewed war declaration.

When the new Joe Biden administration declared a major ‘reset’ in its foreign policy, Biden did not see the need to engage with China through friendly diplomatic channels. The hostilities continued between both countries simply because this ‘conflict’ has been the status quo ante for decades.

Last April, a bipartisan push at the US Congress raised the heat on Beijing by linking the latter’s human rights record with its economic practices, proposing to funnel billions of dollars into the US economy to, essentially, micromanage the ‘free market’ in favour of the US and to challenge China’s ascendancy.

On May 25, the chairman of the US House of Representatives Foreign Affairs Committee, Gregory Meeks, introduced the 470-page Bill, entitled, ‘Ensuring American Global Leadership and Engagement Act.’ This EAGLE Act ‘addresses a range of issues, including increased investment to promote US manufacturing, trade, work with allies and partners, re-engagement in international organisations and recognition of the treatment of China’s Uyghur Muslim minority as genocide,’ Reuters reported.

The Bill advanced after a senate vote two days later, and is expected, once finalised and signed into law, to serve as the legal and political foundation of Biden’s economic war on China. Like previous administrations, Biden’s is motivated by the Chicago Boys’ mentality, ie free market that suits the interests of the US and economic war when this ‘free market’ deviates from its ultimate goal.

One of the most baffling aspects of the US-Chinese economic war is that both countries are similar in terms of economic ambitions. In some ways, the Chinese copied various aspects of the American economic model of yesteryears. China is a capitalist country though it is managed by a ‘Communist Party’. The Party’s intervention in the economy, though it uses unique ideological justification and political discourse, is similar to the US government’s management of the US economy, especially during times of crisis, for example, the 2008 recession.

This ‘conflict’ is hardly motivated by an ideology or human rights violations, but by the fact that China’s economy continues to soar, thus increasing its share of the global economic largesse. With an 18.3 per cent growth in the first quarter of 2021 — the biggest jump in GDP since 1992 — the Chinese momentum is eclipsing the performance of the US economy and its European allies. With economic power, political influence follows, with China now hoping to rearrange global alliances, not just in Asia, Africa and South America, but also in Europe.

According to many mainstream analysts, such as Stuart Anderson, writing in Forbes in June 2020, Trump’s economic war on China has failed. That failure is the direct result of, as Panos Mourdoukoutas concludes, also in Forbes, ‘the lack of clear direction of what the American side wants from China.’ This lack of clarity continues to ‘give Beijing an upper hand.’

The ill-defined US objectives in China continue to also characterise the new administration. Even the massively expensive Congressional Bill, once it becomes law, will not be able to answer the simple question: what is the US endgame in China?

CounterPunch.org, June 8. Dr Ramzy Baroud is a journalist and the editor of The Palestine Chronicle. He is a non-resident senior research fellow at the Centre for Islam and Global Affairs, Istanbul Zaim University.