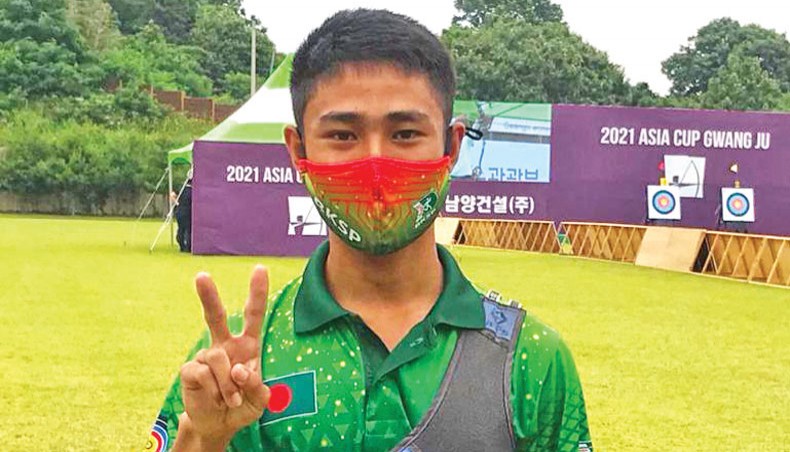 The 15-year-old Bangladesh Krira Shikkha Protishtan archer defeated the experienced Malaysian, who has already qualified for the Tokyo Olympics by winning the silver medal in the World Archery Championship in ‘s-Hertogenbosch, Netherland.

But Prodipto’s journey in the event ended in the quarter-final, where he lost to Japan’s Furukawa Takaharu by 6-2 set points.

Anuar had defeated Bangladesh’s ace archer and the eventual bronze medallist Ruman Shana in the semi-final of that tournament, before losing the final against Brady Ellison of the USA.

Both Anuar and Shana had confirmed their Olympics berth by reaching the quarter-finals of that tournament.