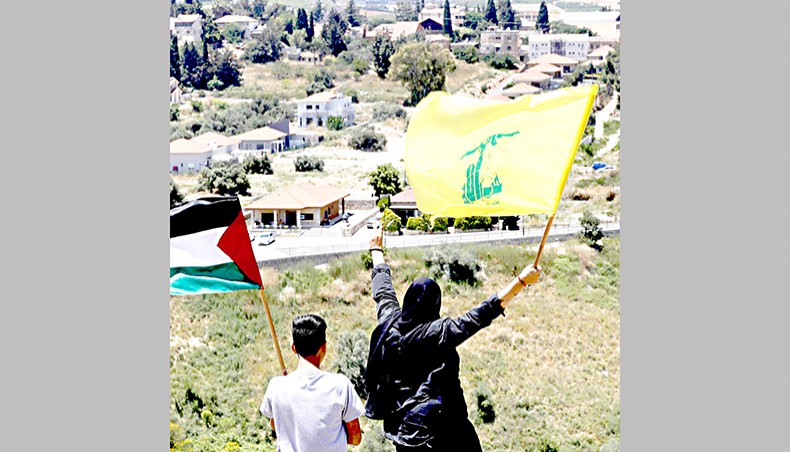 The neoliberal imperative of optimisation and performance does not allow for any completion. Everything is provisional and incomplete; nothing is final and conclusive, writes John Stanton

‘Capitalism is often interpreted as a religion. However, if religion is understood in terms of Religare, as something that binds, then capitalism is anything but a religion because it lacks any force to assemble, to create community… And what is essential to religion is contemplative rest, but this is the antithesis of Capital. Capital never rests. It is in its nature that it must always work and continue moving. To the extent that they lose the capacity for contemplative rest, humans conform to Capital. The distinction between the sacred and the profane is also an essential characteristic of religion. The sacred unites those things and values that give validity to a community. The formation of community is its essential trait. Capitalism, by contrast, erases the distinction between the sacred and the profane by totalising the profane. It makes everything comparable to everything else and thus equal to everything else. Capitalism brings forth a hell of the same.’

‘Western tradition both underscores and denigrates matter — a duality more than evident in the history of subjugated persons: those un-consenting women, children, slaves, and aboriginal peoples who have been used as mere property and all others who have been merely used by others, rather than beheld as thinking, desiring agents. In or greed for power and novelty, is there anything that might escape the inevitable obsolescence of use? Once our labour, our health, our traditions and knowledge, our emotions, our very thoughts become commodities, they are stripped of life and growth… The environmental catastrophe we think of as the ruin of nature is in fact the ruin of human nature, the end of our sustainable life on Earth.’

IN THE English lexicon of the day, it is verboten to mention that some inspiration, sense of wonder, or a pause to reflect on a passage from the texts of ancient myth and/or religion is a positive. You run the risk at a Washington DC, cocktail party of being ostracised if you praise Pope Francis for washing people’s feet or visiting Iraq, discussing the myths of the saints, or even the tales of more ancient deities of Rome, Athens, Babylon, and pharaonic Egypt. Who cannot but like the Greek story of Orpheus and Eurydice?

Instead, its ‘Hey! See the latest American Idol? How about that language in the federal budget that I got in there for my client? Why do you care about these children’s tales and that Pope guy? What’s that good for?’

THE gimpy Pope, with one kidney, visited the Iraqi cities of Ur, Baghdad, Mosul, and Najaf, among others. Even Hezbollah lauded the Pope’s calls for unity and peace in Iraq, a country essentially destroyed by the number one capitalist country on the planet, the United States. His faith and mission to unify people carried him to a demolished and barely functional Iraq. If that cannot be considered inspirational, that means that capitalism has successfully commodified the Pope turning him and his likeness into a key chain or a pen. Which one of the following vicars of 21st century capitalism would undertake such a Pope-like endeavour: Jeff Bezos (Amazon), Bill Gates (Microsoft, retired), Elon Musk (Tesla, Space X), Richard Branson (Virgin Atlantic). Security issues, you say. Well, what enterprising remnant of the Islamic State would not have liked to take a shot at the Pope?

Exploitation of many by many: It is your job!

SURE, the ancient myths, religious beliefs — to include Islam, Christianity, Judaism, Hinduism, Buddhism — can be positioned as quaint fairy tales with silly rituals, and not worthy of the brain power expended in reading them. But who can’t but be inspired by the Babylonian Epic of Gilgamesh, the Egyptian Tale of Sinhue and The Four Vedas (Ka by Roberto Calasso is a brilliant text on the Vedas). Texts like these tell the stories of early humanity and are rich in colour, allegory, and, of course, myth. They go beyond the major religions of the book as explorations that might as well be on the moon for their time.

It is not possible to read these texts straight through like a sprinter running the 100 metres. Many pauses are required to think through what has just been read. It is akin to a long contemplative walk where frequent stops are made to look around, to ponder, to be amazed. It hits you when you realise the ancients, the authors-editors-translators of the texts are all part of an interconnected world in which humans seek meaning.

Capitalism has little time for sub-surface thought, for depth. It is all about how fast one can consume, as Han indicates in his book. One is trained in the capitalist system and subsequently pushed into the ruthless routine of consumption and competition with all human beings encountered through life’s assembly line.

Capitalism is the practice of exploitation of the self and others. The focus on Wall Street, Bezos/Musk or capitalism and its past history is ill placed. No, the worst and most damaging part of the cult of capitalism is that it quietly plants a seed of destructive exploitation in each and every person’s head that says, ‘It’s okay to exploit everyone, everywhere at all times. I will sell my soul. Everyone does it. I’ll get mine.’ There is always money to be made on any concept, emotion, historical wrong, death, etc. Family, friends, co-workers, teachers, children, professors are easy targets for exploitation. Watch television, surf the web, check your hand-held, go to the movies, read the newspapers (online), play with Tik Tok. The gears of capitalism will grind on and will never stop until someone, or something, presses the stop button (even the pandemic could not stop capitalism).

Above all capitalism is manically authoritarian and indoctrinating. It slowly crushes any ideas, beliefs not conducive to turning people into information speed freaks who do not realise they possess only administrative freedom. Capitalism moulds everyone and everything into malleable forms with minor variations which appeal to the majority of society, consisting of the unfree consumer, who has been pummelled with marketing slogans and television commercials, and advertising pop-ups/click bait on the computer.

Capitalism also seeks to stifle freedom of speech unless it is digital speech maintained in bits and bytes and approved for entertainment value. Capitalism has turned people into fireflies in the dark night: a brief flash of chemical light and the creature is gone. A person’s ability to think disappears as quickly as the fireflies’ light and, perhaps, so does its existence.

I currently feel for the social justice vanguard. Capitalism will crush that movement too. For the moment, the issue is hot and trendy. In fact, capitalism applauds the erasure of western civilisation’s history. Guilt sells. There is always a tidy profit to be made using destroying the past to create a future with a new or no identity or history, and no vocabulary.

There is nothing below surface

ONE cannot engage in an in-depth conversation about these issues unless you fork over $100,000 to a college or university to discuss them. But wait! Ancient texts? Religion? Literature? These are studies that are probably in the liberal arts/humanities departments which are being strangled of funds. But that is all part of the capitalist plan. As Henry Giroux points out:

‘Education within the last three decades has diminished rapidly in its capacities to educate young people to be reflective, critical, and socially engaged agents. Despite all attempts to degrade the value and purpose of education, the notion of education as the primary register of the larger culture persists. Yet, under a neoliberal regime, the utopian possibilities formerly associated with public and higher education as a public good capable of promoting social equality and supporting democracy have become too dangerous for the apostles of neoliberalism. Critical thought and the imaginings of a better world present a direct threat to a neoliberal paradigm in which the future must always replicate the present in an endless circle in which capital and the identities that legitimate it merge with each other into what might be called a dead zone.’

COMBINE the push of the critical theorists with capitalism’s doctrines and you have got a quicker, more ‘legitimate’ way to purge liberal arts/humanities or white history. Critical theorists have played right into capitalism’s hands. ‘Just another means to erase the past,’ the capitalists will say. ‘Just another way to unmoor a large swath of the populations. There’s money to be made in guilt. You know, we will sell it like we did diet cola or sugar free gum. Wipe your guilt away with brand X’. The capitalist process involved is sad. No one can see it, or acknowledge it.

Capitalism has the patience of job and ensures that nothing is really complete, according to Han. One is always pushing to an incomplete future from a foggy present and unknown past.

We are losing the capacity for closure and this means that life is becoming purely an additive process. For something to die life must find its own closure. If life is deprived of any possibility of closure it will end in non-time. Because it rushes from sensation to the next, even perception is now incapable of closure… Where everything is connected, no closure is possible. The loss of forms of completions that accompany overproduction and overconsumption leads to systemic collapse. The neoliberal imperative of optimisation and performance does not allow for any completion. Everything is provisional and incomplete; nothing is final and conclusive… The ‘we’ that is capable of joint action is also a form of closure. Today, it disintegrates into egos who voluntarily exploit themselves as entrepreneurs of their own selves… Flexibility is enforced by the ruthless destruction of bonds.

Capitalism is not a definable thing. I was walking outside here in Northern Virginia and heard the humming, electric buzz of a million cicadas. It was not possible to see all the critters parked in the trees. But they were there, yelling/buzzing in their own way. I thought then of a dense fog in which nothing can really be seen. Only the noise, a cacophony of strange creatures can be heard.

And then I thought that capitalism is really some sort of creature, present since humanity started to value things, people, animals, clothes, voices, trade. It is ancient. It is not a system imposed by some alien force. Capitalism is the Sirens from Greek mythology.

Maybe it is a return to symbols, rituals and ancient tales that can help us escape the fog of life that capitalism produces. If we can’t find meaning from ancients that searched for it when the world was largely unknown to them, and applaud their effort, then where else might we find it? In the stars, solar systems long dead from the past, or how about self-help books or the next war coming up to provide meaning.

I don’t have a good answer.

DissidentVoice.org, June 8. John Stanton is a writer-journalist. His most recent book is America 2020: A Nation in Turmoil.