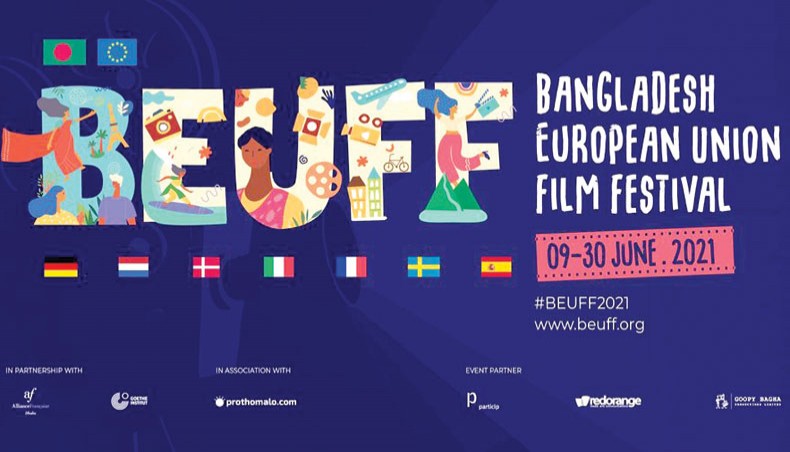 The European Union in Bangladesh launched the first Bangladesh European Union Film Festival on Wednesday in partnership with embassies of EU member states in Dhaka, namely Germany, France, Sweden, Denmark, The Netherlands, Italy and Spain as well as the Goethe-Institut Bangladesh and the Alliance Française de Dhaka.

The maiden edition of BEUFF is showcasing a total of 21 films. The event, which has been arranged marking 50 years of Bangladesh’s independence and friendship between the EU and Bangladesh, will run virtually till June 30.

All the films will be screened on the online platform Festival Scope and Bangladeshi viewers will be able to watch the films for free.

Furthermore, all seven European movies will be screened with Bangla subtitles to eliminate the barriers of languages, according to the European Union.

It also says that the film festival will unfold a new chapter in the EU’s cultural exchange with Bangladesh and further shed light on vital issues such as education and skill development, climate change adaptation, food and nutrition security, good governance, safe migration and sustainable reintegration of refugees, empowerment of women and girls.

A dedicated website www.beuff.org was launched at 12 am on June 9, allowing the audiences access to all films and other information related to the festival.

Besides films, the festival will include masterclasses, questions and answer sessions with directors, discussions on gender representations in films having a strong focus on women’s issues and climate change.