No offer from BCB yet: Bahutule 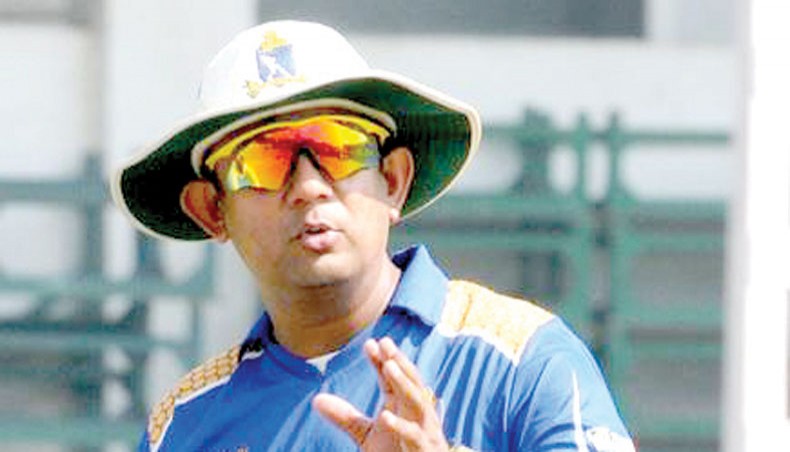 Former India spinner Sairaj Bahutule, one of the rumoured candidates for the Bangladesh national team’s vacant spin bowling coach position, said that he hasn’t been contacted for the job but expressed interest to take up the job if offered.

Bangladesh Cricket Board has been searching for a spin bowling coach for the Tigers after their agreement with Daniel Vettori ended following the conclusion of the team’s tour to New Zealand in April.

Local coach Sohel Islam filled in for the position in the Sri Lanka Tests and the team was without any spin bowling coach during the following one-day international series at home against the same opposition.

Cricket operations committee’s chairman Akram Khan told the reporters on June 1 that the board is working to appoint a new spin bowling coach before the national team’s next assignment, which is in Zimbabwe next month.

The Tigers are scheduled to leave for Zimbabwe June 29, meaning the board has less than three weeks to fill up the position before the series.

Akram had also informed that they already had a shortlist of coaches, where there was one name each from India, Pakistan and Sri Lanka.

According to several media reports, the three candidates are believed to be Rangana Herath from Sri Lanka, Bahutule from India and Saeed Ajmal from Pakistan.

Bahutule, however, denied being approached for the job but said that he would be very much interested if he is made an offer.

‘I am learning about my name surfacing as a potential coach of the Bangladesh cricket team from the media. I have not been formally approached by the BCB so far, but I am interested to work with an international team,’ Bahutule told New Age on Wednesday.

Bahutule, a leg-spinner, has played two Tests and eight ODIs for India and was regarded as a quality spinner in the domestic circuit with 630 first-class wickets and 197 list-A wickets to his name.

The Mumbai-based cricketer, who grew up with Sachin Tendulkar and Vinod Kambli, is currently working as a coach at the Indian Premier League side Rajasthan Royals.

In the current support staff of the Bangladesh team, video analyst Shrinivas Chandrasekaran works with IPL team Sunrisers Hyderabad and has a clause in his agreement which grants him a special window to work in the cash-rich league.

If approached for the Bangladesh job, Bahutule is hoping for a similar agreement with BCB.

‘I am currently involved with the IPL team Rajasthan Royals, so at this moment I cannot commit for anything without knowing the terms and conditions… Working in that model [IPL window] could be an option,’ Bahutule told New Age.

Previously, former India cricketer Sunil Joshi, who is currently the chief selector at the Board of Control for Cricket in India, was Bangladesh’ spin bowling coach and Bahutule said that he would consult him if things proceed.

‘I haven’t talked to him [Sunil] as things haven’t reached that level and he might be busy with his selection job. But If I land up being the coach of the Bangladesh team, I will surely take his suggestions,’ Bahutule said.