Can the right be dislodged? 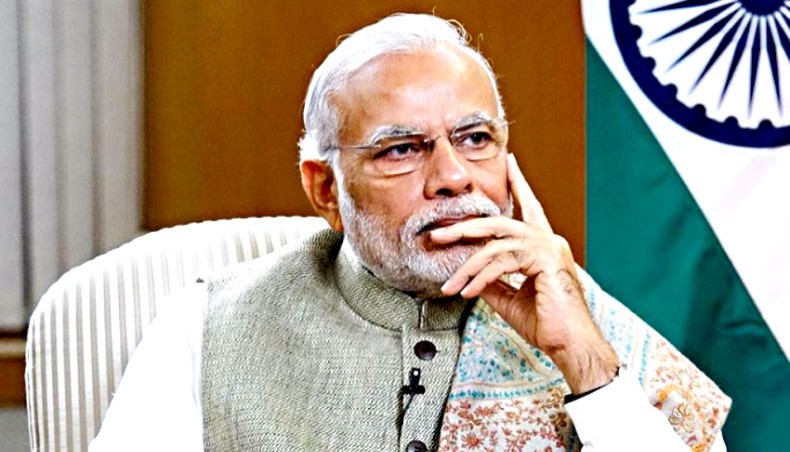 A USEFUL pointer to Narendra Modi’s political quandary lies in the clear chance that his party could be defeated in Uttar Pradesh in elections due in next March. Given the recent state results (and several earlier ones) the possibility of his defeat has grown. When India’s most populous state changes hands, it could also decide the opposition’s chances of dethroning the prime minister in 2024 just as it critically helped him win power in 2014 and again in 2019.

Excellent chances exist for the script to work against the Bharatiya Janata Party. UP chief minister Yogi Adityanath has made a hash of the Covid-19 handling in the state. Visual images of bodies floating in rivers are too gut-wrenching to dwell on. He has denied charges of callous neglect, naturally, and has threatened to put critics in jail.

The Achilles heel he can’t do much about though is that Hindu farmers of western Uttar Pradesh who had led the BJP’s anti-Muslim campaign ahead of the 2014 elections have almost completely deserted the party. In fact, their leaders campaigned against Modi in West Bengal and Assam, and they have threatened to do it again in Uttar Pradesh. The chief minister has emerged as a one-trick pony and could try to whip up anti-Muslim mayhem as his best bet. With a growing constituency of upper and backward caste Hindus who voted for him being forced to rethink their preference the communal soufflé may not rise for the BJP again.

Speculation is rife that Modi wants to eject the unpopular Yogi to improve the BJP’s chances but the cost could be prohibitive. The chief minister is notionally a BJP member but doesn’t belong to the RSS stable. He runs his private group of militant Hindu youth. The fear is that Yogi could go Udhav Thackeray’s way by breaking away from the BJP. Although he doesn’t command a fraction of Thackeray’s political sway he could yet further damage the BJP’s and Modi’s 2024 prospects if alienated.

There is a question, however, snapping at the heels of the BJP’s likely embarrassment in Uttar Pradesh. Would the ensuing alternative to Modi put India back on the path of an equanimous democracy, the only way the country of hyper-economic and social disparities can become cohesive and respected in the world again — not in the military sense of imported hardware and expedient jingoism, but in an all-round bonding of its varied people that would less biliously address domestic differences from Kashmir to Nagaland and work sincerely for a more agreeable neighbourhood? The truthful answer is, no, dethroning Modi may not return India to the Nehruvian tryst in the near future. But it remains a vital condition for the country to move in that very desirable direction.

The current trend in different parts of the world, however, indicates that the defeat of a right-wing demagogue does not necessary lead to the sugar candy mountain for the people, to borrow a phrase from Orwell. Two of Modi’s most egregious right-wing mates are down but not necessarily out — Donald Trump in the United States and Benjamin Netanyahu in Israel. Both were accused of grossly mishandling the Covid-19 outbreak in their countries, among other derelictions, a charge that has found increasing traction against Modi. Yet, even if they won’t return to power by the popular route, their right-wing constituencies are here to stay for as far in the future as one can see.

The coalition in Israel that has come together with the sole purpose of keeping Netanyahu out, and to probably make him face criminal charges pending before the courts, may achieve this laudable goal in the end. But who can deny that it is a union led by rabid right-wingers who have more in common with Netanyahu’s worldview than with their left-liberal supporters, if at all Israeli politicians can be of left-liberal hue. As the party of Israeli Arabs is also supporting the coalition of pro-settlers leadership, the event finds a familiar echo in the Indian context.

We are approaching the 46th year of Indira Gandhi’s emergency she declared on June 26, 1975. Who were its supporters and who its opponents? The pro-Soviet communists supported the move in concert with the right-wing Shiv Sena that backed her to the hilt. A similarly opportunistic left-right combination worked for the opponents of the emergency. Ranged against Gandhi were the pro-China communists, the socialists, the Jamaat-i-Islami, the Hindu revivalist Jana Sangh and its mentor, the Rashtriya Swayamsevak Sangh.

Though the battle lines have changed considerably, the penchant for opportunism among political parties has remained intact. Will Congress, the only party with an India-wide footprint, play ball with the opposition? Its political choices have not yielded great results so far, not for the party and not for the opposition. The left has also passed blind self-love as political strategy, for example, in West Bengal. However, the larger opposition can ignore it without seriously damaging its cohesion. After the drubbing in recent polls, the Congress and the left have an opportunity to unconditionally support local groups in UP and retrieve their lost appeal.

There’s some good news for genuine democracy though. Should there be a change in Brazil, where Modi’s friend Jair Bolsonaro appears to be on a sticky wicket, his potential challenger Lula da Silva could defeat him next year. The supreme court has given Lula a clean chit ahead of the 2022 presidential polls. Brazil’s economic and health conditions look primed to canvass against Bolsonaro. Polls give Lula 50 per cent of the vote compared to Bolsonaro’s 38 per cent. Will Bolsonaro become the first Brazilian president to be denied a second term? He has always praised the politicised anti-left military that ruled Brazil from 1964 to 1985. Bolsonaro has fired his defence minister and three military heads suddenly, and people suspect his intentions, as they do right-wing demagogues. They remain sadly well entrenched, often on both sides of the equation.