A time of testing 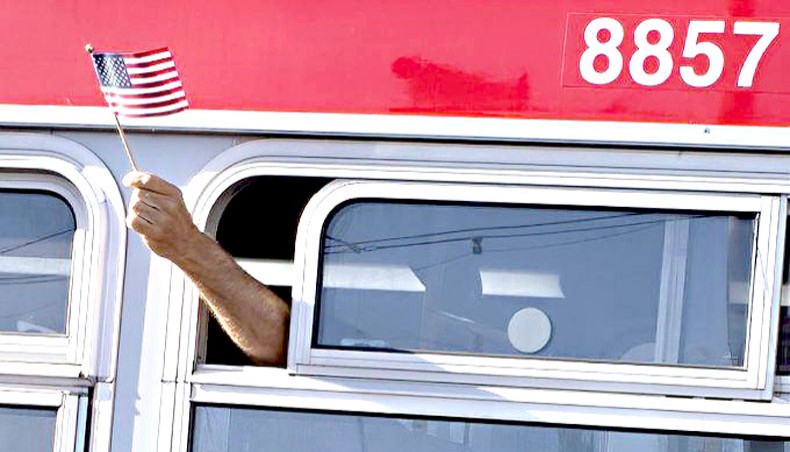 NEXT week’s summit meeting in Geneva between presidents Joe Biden and Vladimir Putin will be a time of testing for both leaders. Putin has several advantages at this particular point in time. The four years of Donald Trump have weakened the political and moral authority of the United States and the US presidency. Trump’s pathetic handling of the pandemic and his bizarre summit meetings with Putin and North Korea’s Kim Jong-un raised serious questions about US capabilities. The US retreat from the Paris climate agreement; the Iran nuclear accord; and various international venues such as the World Health Organisation ceded the high ground to Putin and Chinese leader Xi Jinping. Trump’s one-sided support for Israel in the Middle East allowed Russia and China to improve their standing in the Arab and Muslim community.

Neither Biden nor his three predecessors (Bush, Obama, and Trump) have made headway in pursuing a stronger stance towards Russia. The United States has focused on a strategic relationship with Ukraine as a way to intimidate Russia. This has been both counter-productive and destabilising. European leaders, particularly France’s Emmanuel Macron and Germany’s Angela Merkel, have had no success in persuading the United States that Ukraine is a ‘red line’ for Russia and that Putin will not tolerate closer US-Ukrainian ties, let alone membership in the North Atlantic Treaty Organisation. Putin has emphasised this on numerous occasions, but the Biden administration stubbornly insists on strengthening military ties to Ukraine and referring to a ‘strategic relationship’ with Ukraine.

Nevertheless, Putin may well favour a more predictable relationship with the United States, which would provide diplomatic openings for Biden if he chooses a negotiable path. If the issues of election interference and cybersecurity dominate the discussions, then the outcome will be problematic. There is a more conciliatory path and, at the risk of being charged with ‘appeasement,’ the United States could take the lead in reducing the acrimony over the issue of Ukraine and addressing the stalemate on arms control and disarmament.

The Ukraine issue would not be a roadblock if we were to inform Moscow that the United States is seeking improved bilateral relations with Ukraine, but not Kiev’s membership in the North Atlantic Treaty Organisation. A series of US administrations, starting with Bill Clinton in the 1990s, are primarily responsible for the tension between Washington and Moscow over Ukraine. Clinton’s process of NATO enlargement was a betrayal of US guarantees in 1990–1991 that it would not ‘leapfrog’ over a reunited Germany to gain influence in the East European countries that were once part of the Warsaw Pact.

The arms control issue is more complicated, but holds the promise of significant rewards. Disarmament, after all, was the key to the detente between Washington and Moscow that brought an end to Cold War posturing between the so-called superpowers. But Trump withdrew from both the Intermediate-range Nuclear Forces Treaty and the Open Skies Treaty. As a presidential candidate, Biden criticised Trump for leaving the Open Skies Treaty and for ‘doubling down on his short-sighted policy of going it alone and abandoning American leadership.’ As president, however, Biden quickly decided that the United States would not return to the Open Skies Treaty.

Strategic discussions over arms control offer the best opportunity to stop the worsening of Russian-American relations, which has reached Cold War proportions. Ironically, the Open Skies Treaty was important to our NATO allies as the best source of information for tracking Russian troop movements and weapons deployments on the Ukrainian border.

The United States should abandon the idea of national missile defence, which is an obstacle to significant cuts in strategic weapons. Biden’s National Security Council, which lacks an authoritative disarmament specialist, has pointed to ‘strategic stability’ as the most important item on the summit agenda, so arms control and disarmament could provide a significant diplomatic opportunity.

Soviet and Russian leaders have been defensive in dealings with the United States because they correctly assume that US presidents in the post-World War II era have tried to isolate and surround them. The policy of containment was designed by George Kennan to do just that. The US notion during the Cold War, which still exists in right-wing circles to this day, that the Kremlin has a master plan for advancing in the international arena, was a central tenet in academic circles for decades. The US intelligence community contributed to this view by publishing assessments that argued Soviet leaders strongly believed that the trend of the world ‘correlation of forces’ was favourable to Moscow and unfavourable to Washington. These views as well as the exaggeration of the Soviet threat persisted in academic and intelligence communities right up to the dissolution of the Soviet Union in 1991.

Unlike previous Soviet and Russian leaders, Putin has several geopolitical advantages in approaching talks with a US president. The western alliance is no longer single-minded on the issue of the nature of the Russian threat. Macron and Merkel believe that Washington has been hyping the threat for its own domestic reasons, and the West European governments are far more sanguine about dealing with Moscow than their East European ‘allies.’ The Germans and the French have ignored US efforts to limit their economic dealings with Russia and China in the name of containment.

At the same time, Putin has created a strong cooperative relationship with China and, unlike previous Russian leaders, is no longer concerned with Washington being able to play a ‘China card’ against Moscow. Nevertheless, Russia’s stagnating economic growth; adverse demographic trends; and problems associated with the pandemic could find Putin willing to pursue improved relations with the United States.

CounterPunch.org, June 7. Melvin Goodman, a former CIA analyst, is a senior fellow at the Centre for International Policy and professor of government at Johns Hopkins University. Goodman is the national security columnist for counterpunch.org.