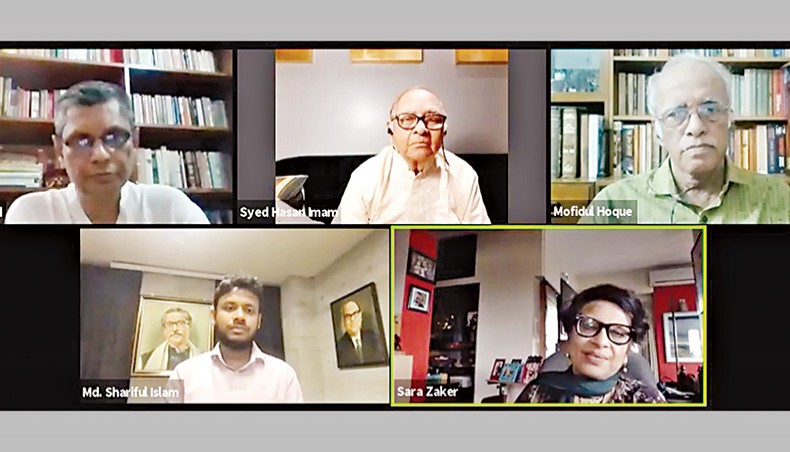 The festival, organised by the Liberation War Museum, is featuring 163 films from 50 countries. A total of 1854 films from 106 countries were submitted to the festival.

‘This festival is significant to us because we want to uphold and discover the history of the Liberation War,’ said Sara Zaker.

‘The films screened at the festival will help us to know about how the country’s younger generations perceive the Liberation War,’ Sara Zaker added.

‘It is a matter of joy that films from various countries were submitted to the DocFest. I hope that our younger generations will play an important role in depicting and upholding the history of the Liberation War in future,’ said Mofidul Hoque.

Viewers will be able to watch the films on www.liberationdocfest.org. The Cosmos Group is the technical partner while UNB is the media partner of the festival.