In memory of Shah Abdul Hannan 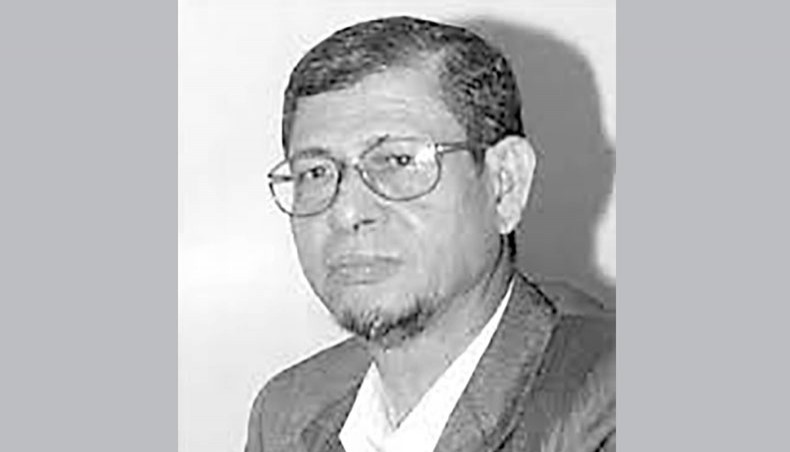 ONE November morning in 1994, I dialled a number on the ‘coin box’ next to the entrance of Surjasen Hall, Dhaka University. A BUET friend had given me the number and said that a civil servant and Islamic scholar named Shah Abdul Hannan ran weekly classes to discuss Islamic issues, especially those involving gender roles. As a student in the department of English at Dhaka University, I had just been acquainted with the ‘woman question’ in Victorian literature and was keen to know what Islam says about gender relations.

After I heard Assalamualaikum on the other end, I introduced myself and added that I had studied at madrasah, hoping that this information would be a selling point and facilitate my smooth entry into the circle of his students. I was wrong. Shah Abdul Hannan reasoned that since I had exposure to madrasah education, I needed not to go to him to learn about Islam. Worried that I wasted an opportunity, I changed my approach and insisted on being his student. He relented and asked me to go to his government residence at Sonali near Holy Family Hospital at Eskaton Garden Road on a Monday evening. He was deputy governor of Bangladesh Bank at that time.

I arrived at 5pm according to the appointment time. The door keeper (a government employee) informed me that his ‘Sir’ had to go out for an urgent meeting with the prime minister. He added that his ‘Sir’ apologised and requested me to have a seat in the living room and wait for him. A sophomore student of rural origin, I was simply speechless that a man of such stature would apologise to me for not being able to meet me at the appointed time. Nearly 27 years on — during which I interacted with and learnt from him on end — I can confidently state that he treated all with respect.

He came back from the meeting and greeted me. Then, as dusk fell, his ‘students’ started to arrive. The class commenced and he read from Islamic Teachings Course by the Canadian academic (now emeritus professor), Jamal Badawi of Saint Mary’s University in Halifax. The discussion was around the concept of Original Sin and what Islam says about it. Shah Abdul Hannan referred to various Qur’anic verses and argued that the Qur’an does not — in any passage — single out Eve for the blame of the fall. What is more, verse 20:121 of the Qur’an indicates that Adam was primarily responsible for the expulsion from paradise.

These were revelations to me, and many of my long-held views of women as inferior to men started to be challenged. This perspective stimulated my curiosity to learn more about gender issues, as I realised that many of our cultural constructions and social practices actually have no Islamic basis. His ability to quote from the Qur’an effortlessly, mentioning Surah and verse numbers, was impressive. That was the first time I encountered a scholar who could provide evidence from the Qur’an in such a way. It marked the beginning of my renewed journey into the realm of knowledge.

Shah Abdul Hannan had a rich collection of books (mostly English) and was an extremely avid reader. During a free day on the weekend, he would read roughly 200 to 250 pages. Previously, reading was a ritualistic exercise to me — I didn’t enjoy it much. That completely changed when I started borrowing books from him, one after another, and the list turned out to be very long and included periodicals such as The Economist, Newsweek and Impact International.

As I fell under the spell of his reading habits, he also trained me to be a writer. He wrote essays for newspapers (under the pseudonym of Abu Faisal) and advised me to do so. I started contributing to the ‘letters to the editor’ pages of various English dailies. He used to comment on my draft work and taught me how to avoid overgeneralisation, misrepresentation and stereotyping. Later, under his guidance, I edited and contributed to Gender Issue: An Islamic Approach (1999) — my first book publication (I stayed at his Sonali residence for weeks while working on this project after my MA examinations were over). I also worked on his feminist ideas and produced (with Mohammad Shawkat Ali and Raudah Yunus) Islam and Gender: The Bangladesh Perspective (2016).

In a series of weekly classes, he read to us from Rokeya Sakhawat Hossain’s writing, without me realising that I was entering a lifelong study of the feminist foremother. Prior to that, my view of her had been imprecise, cursory and unflattering. He presented her in a way that was inspiring and convincing, and it deepened my research interest in her life and work.

His influence on my career choice was most significant. Previously, academia had no place in my career plans (I had dreamt to be a civil servant). That altered, as he helped intensify my passion for knowledge and scholarship. I saw some of his students going to the west for further education. I decided to follow suit, while Rokeya remained in my consciousness as a landmark learning experience. I ended up completing a PhD on her work at the University of Portsmouth in 2007 and published many works on her, mostly internationally.

My familiarity with his friends and colleagues was no less important, as I met many important people through him. Once he introduced me to a foreign ambassador as an English literature student and a writer. She looked impressed and asked me what I wrote. I told her that I contributed mainly letters to newspapers. She looked bemused, and I kept eerily quiet. On another occasion, I met the American economist and his very good friend Forrest Cookson. When I told him that I was studying English literature, Cookson entered into a literary discussion and told me about his admiration for the well-known American writer, William Faulkner. By the way, to my knowledge, Cookson wrote the first obituary of Shah Abdul Hannan on June 2, the day he passed away.

I treasure innumerable memories of him. I was with him at his NBR office the day he resigned from government service in 1998. He said to his secretary: Akbar Ali Khan-ke lagan. He had a quick word with his colleague Akbar Ali Khan on the phone and headed to the assembly hall to deliver his valedictory remarks; I stayed in his office. The next day, he was the subject of headline news in most national dailies, all of which highlighted his honesty, integrity and service to the country. If my memory serves me correctly, Prothom Alo used the term prosnatit sotota (unquestioned uprightness) to describe his long civil service career.

He rented a flat in Dhaka’s Segun Bagicha and depended on rickshaws for local transport. I accompanied him on many rickshaw trips. Being simplicity incarnate, he had no problem with that lifestyle. But his wife (my Chachi) was a chronic dialysis patient due to bilateral renal failure and had to go to the hospital three times a week. Some of his friends came forward and lent him money — a modest car was purchased.

In 1995, I went to a book fair organised by Circuit House Masjid, Kakrail. A man held a book titled Social Laws of Islam and saw the name Shah Abdul Hannan on the cover. Fighting his tears, the man raised his hands and began praying for the author. Upon my request for his identity, he told me that he was once Shah Abdul Hannan’s subordinate in a government office. But why this outburst of emotion? He said to me, ‘You do not know how affectionately and respectfully he treated us all in the office!’ I did not need any testimony from anybody, as what he said resonated very well with my personal experiences with the great man. However, it was reassuring to be vindicated by a stranger.

My relationship with Shah Abdul Hannan was purely academic. He was my mentor, my teacher. Our conversations focused on knowledge and learning, and he rarely discussed local politics with me. But he told me that he did not see any future for so-called ‘political Islam’ in Bangladesh. According to him, if human rights, social justice and rule of law are established, 95 per cent of Islamic teachings will be realised; and what would remain are rituals for which we might not need to worry too much.

He was a great believer in Islam and lover of his country. He would reach out to any groups that work for one or both of these two entities. He had friends in major political parties and through them conveyed advice to the leadership for the betterment of Bangladesh. He always highlighted the good attributes of people and hardly spoke ill of others.

I can write reams of paper to describe his honesty and magnanimity and his ability to love and forgive others. Suffice to say here that the country owes a profound debt of gratitude to Shah Abdul Hannan. I hope posterity will emulate his selflessness, nobility of character and intense patriotism. It is also my hope that his legacy will continue across future generations. I pray to God for his recompense in the life hereafter.

I miss you dearly, Chacha!

Md Mahmudul Hasan is with the department of English Language and Literature, International Islamic University Malaysia.