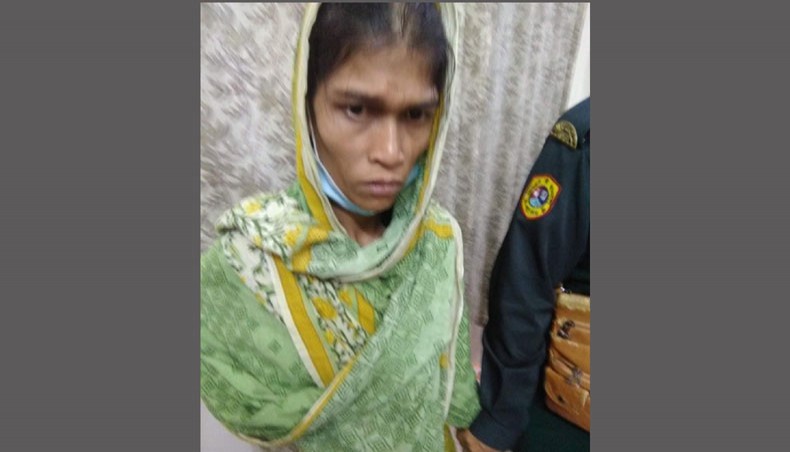 A photograph of Minu

The High Court on Monday asked the superintendent of Chattogram Central Jail to release innocent Minu who have been detained in the jail for almost three years to serve the life imprisonment of offender Kulsum Akhter.

The court also summoned three lawyers and another over the charges of fraud committed to the court by surrendering innocent Minu in the Fourth Additional Metropolitan Sessions Judge’s Court in 2019 to serve the life imprisonment of Kulsum Akhter.

The court asked Chattogram court lawyers—MA Naser, also the special public prosecutor of Women and Children Repression Prevention Tribunal-2 of Chattogram, his junior Nurul Anwar, Supreme Court lawyer Bibekkananda Chowdhury— and one named Sourav to appear before the courtroom at about 10:00am on June 28 to explain their conducts over the accusation.

The High Court asked the lawyers and Sourav to submit written statements through affidavits within two weeks.

On Sunday, the HC observed that the detention of an innocent people allowing the offender to remain free was ‘very unfortunate’.

A bench of Justice Jahangir Hossain and Justice Mohi Uddin Shamim made the observations as lawyer Mohammad Shishir Manir prayed for releasing innocent 33-year-old Minu who have been detained in the Chattogram Central Jail for three years to serve the life imprisonment of offender Kulsum Akhter.

Kulsum was released on bail twelve years ago.

Shishir mentioned the detention of innocent Minu and represented her while the court took an appeal filed by offender Kulsum.

Kulsum challenged the judgement delivered on November 30, 2017 by the court of Fourth Additional Metropolitan Sessions Judge of Chattogram, sentencing her to life with a fine of Tk 50,000, in default to suffer one more year in jail, in her absence for killing readymade garment worker Kohinur Begum at Rahmatganj on July 9, 2006.