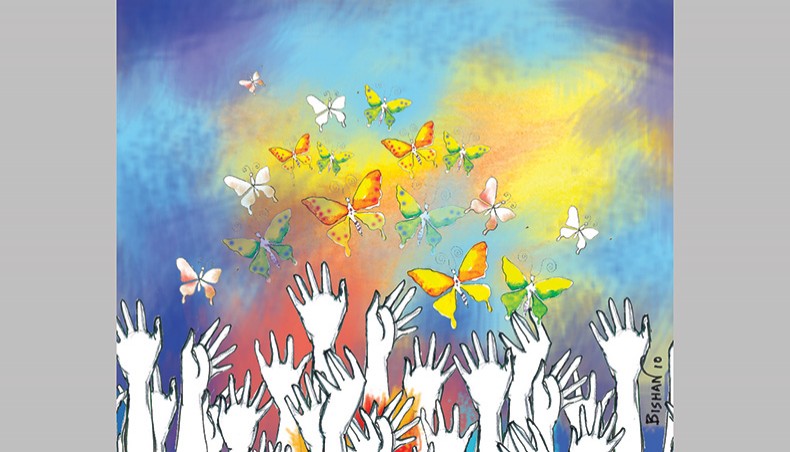 THE connection between democracy and health runs deep and it is tempting to tie a country’s political institutions directly to its overall health. A country’s political structure, however, influences essentially every facet of society, including health and, thus, interactive and interdependent effects work in multiple directions. Democracy is but one determinant of health. And even democratic societies produce different levels and distribution of health and access to health care.

The Covid pandemic demonstrates that the fundamental determinant of an effective national response is whether a country operates a justice framework. This is because protecting and promoting the central health capabilities — preventing premature mortality and avoidable morbidity — for all is a problem of justice, not politics. Justice, not politics, forms the foundation of what citizens owe each other and what leaders owe citizens.

An effective pandemic preparedness, the ability to anticipate, detect, and coordinate response and recovery, is a collective capability. Pandemic risk reduction is a global common good that benefits all nations and individuals. It is a duty. The moral obligation for reducing pandemic risk lies with national governments, which are best positioned to coordinate across levels and sectors of governance. National governments fulfil this obligation through humane, effective and efficient action. An effective pandemic response also requires individual capabilities — citizens doing their part to reduce contagion.

Fulfilling this moral obligation requires ethical leadership. Ethical leadership, in both leaders and citizens, is necessary for a just society and for effective political institutions because people and systems’ capabilities are what determine whether public health policy succeeds or fails.

Ethical leadership’s hallmarks are honesty, transparency, impartiality, and integrity. Ethical leaders promote ethical beliefs and values and show regard for all people. They are committed to the common good. From a justice viewpoint, national governments that sought to fulfil their moral obligation to act according to the current state of knowledge in pandemic preparedness were more successful in dealing with Covid-19 than those who failed to do so. This is because countries that internalised the positive duty to develop and implement systems to reduce threats to and safeguard individuals and communities’ ability to flourish were more successful in preparing for, preventing, and controlling Covid-19.

Successful nations set ethical standards for building and operating robust public health systems for resilient individuals and communities. Without ethical standards, neither democratic nor authoritarian political systems can be effective in a pandemic response. Equal human rights for all seems like it would be simple enough. However, there are vast social justice issues that plague countries around the globe. Learn what social justice is and how it has morphed over the years, as well as explore several examples of social justice issues affecting our world both historically and today.

When you look at social justice, it is all about equality. To be socially just, every individual must be treated equitably and fairly by society. Unfortunately, around the world, this utopian ideal is far from reality. Social injustices can happen on small and global scales, in schools and by whole diverse groups. Whether it is the segregation of an entire cultural group or bullying in the hallways of a school because of your sexual orientation, social injustice is everywhere.

With the modern era, the face of social justice has changed. While rallies and marches are still prevalent, the Internet is also used to bring social justice issues to light. This can be seen through movements like #blacklivesmatter and the #metoo movement against sexual harassment. These campaigns work to expand issues into bigger movements that rally activists together. Now that you know what social justice is and how it has changed, it is time to take a look at a few historical and modern examples. While several global organisations are trying to provide equal rights for all, racial discrimination is still a hot topic. There are laws in place around the world, but incidents still happen to illustrate that racial discrimination has not been eradicated. Here, explore a few specific examples of racial discrimination.

An ultimate example of racial discrimination was slavery, which was abolished in America in 1865. African Americans and people of colour were forced into servitude on homes and farms, and they were treated deplorably. You would think that slavery was a non-issue in current culture. However, it is still a social injustice issue found around the world. As of 2017, according to Free the Slaves, 40 million people around the world were still trapped in some forms of slavery, including marriage slavery and forced labour. A famous historical example was the segregation of Black Americans in the United States via Jim Crow laws. Black Americans were required to use specific schools, houses, and medical services, among other institutions and facilities, that were separate and of lesser quality than white Americans. Another famous example of segregation was apartheid in South Africa. Many civil rights movements were founded on the unequal treatment and segregation of a cultural or racial group.

When it comes to wages at work place, there is a noticeable difference between men and women. According to the American Association of University Women, in 2018, the gender pay gap between men and women for the same job was 18 per cent. Stated simply, women make 82 per cent of what men make doing the same work. This can be further broken down into a pay gap for minority men and women. Globally, steps are being made to close the education gap between male and female students. However, there are still several areas around the world where girls may never set foot into a classroom at all. UNESCO notes that more than nine million girls never go to school, compared to only six million boys in areas of Africa.

Social workers and human rights activists are working tirelessly to combat issues relating to children and their welfare. Despite their efforts, there are still several problems children face that are harmful to their health and mental wellbeing. Laws are in place around the world to ensure a safe work environment for children. These laws were drafted from historically harsh and dangerous working conditions for children. While many would like to believe that child labour is a thing of the past, it persists in some areas around the globe. As an example, India still has children working in forced labour, producing carpets, clothing, footwear and yarn.

Not only are conditions unhealthy and unsafe, but the work hours are also very long. Thousands of children globally are being neglected. They are also being physically, sexually and emotionally abused. The World Health Organisation reports that as many as a quarter of adults have been abused as children. This abuse has both social and economic impacts that include mental health problems.

Poverty and economic injustice are a pressing issue for human rights and social justice. Not only do men, women and children in the United States and abroad lack access to housing and food, but many also lack access to the basic human necessity of clean water. Dive into social injustice issues created by poverty. When you think of poverty, you might think of having little food or maybe living in a homeless shelter. However, the sad truth is that many individuals don’t have access to food, clean water, schooling, healthcare or even sanitation at all.

According to the World Counts, more than 485,000 children die from lack of food, shelter or clean water each year. Within the US alone, more than two million children lack clean water, especially Native Americans. Poverty and disease go hand in hand. Access to quality healthcare is harder when your income is lower, and access to quality food is diminished too. This means heart disease and diabetes are more likely among impoverished individuals. While there are programmes in America for those in poverty, these programmes are far from perfect. This means that many poor individuals will go without basic care.

Globally, among poorer communities, finding access to health care or doctors is nearly non-existent. The World Bank and WHO state that nearly half of the world population lacks essential health services access. The pandemic is the latest demonstration that those from less affluent communities are the hardest hit by a crisis but not central to the story. Not only do low-income groups suffer disproportionately more deaths, but they are also the first to bear the financial burden of a crumbling economy.

The reasons for this are endless: low-income workers are less able to shield themselves, often work in industries with less job security and are the first to be laid off when businesses struggle. Perhaps they clean a hospital where they continually come into contact with people or have to keep delivering takeaways to keep a roof over their heads. And underpinning all of this, less affluent communities often are home to more black, Asian and minority ethnic residents than wealthy communities. When it comes to building a movement towards tackling the climate crisis, we must acknowledge that all of our struggles are interconnected. And specifically, if social justice issues are siloed from environmental ones, the UK government’s target of achieving net-zero emissions by 2050 — even being an underwhelming target — will fall on deaf ears. Looking at the term social justice warrior, you would think that it is a good thing.

Rayhan Ahmad Topader is a London-based writer and columnist.